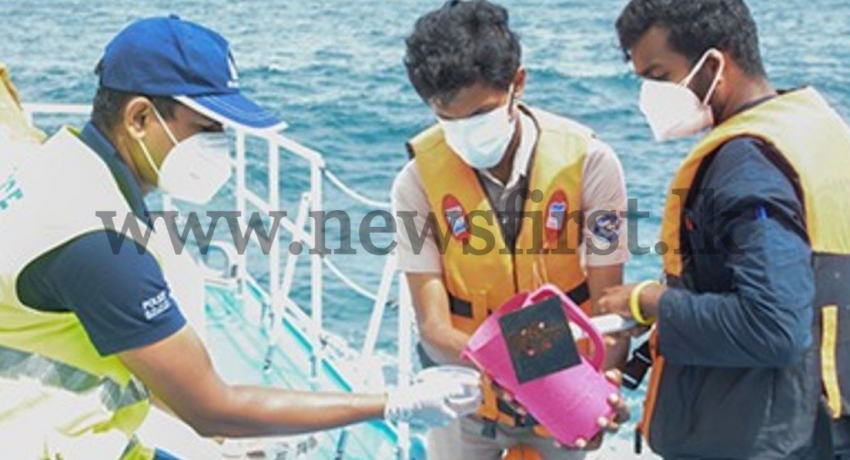 COLOMBO (News 1st); Sri Lanka’s Government Analyst Department on Saturday (05) confirmed that samples were obtained from the site of the X-Press Pearl wreck for the on going criminal investigation.

The Criminal Investigations Department has sought assistance from the Sri Lanka Navy to located the Voyage Data Recorder of the X-Press Pearl.

Sri Lanka Police said locating the VDR would be vital for the on-going investigations and the Sri Lanka Navy said it deployed a team for this purpose.

X-Press Feeders, operators of the container ship ‘X-Press Pearl’ said that salvors were able to retrieve the anchor from wreck on Friday (04).

It said that salvors will remain on scene to deal with any possible debris supported by the Sri Lankan Navy and the Indian Coast Guard, who have oil spill response capabilities on standby.

X-Press Feeders, operators of the container ship ‘X-Press Pearl’ confirmed that the situation on scene remains the same with no signs of debris and no reports of fuel oil pollution as of 1800 Sri
Lanka local time.

The ships aft portion remains on the seabed at a depth of about 21 meters, and the forward section continues to settle down slowly.

On Friday (04), a special team of law enforcement officers visited the wreck of the X-Press Pearl to gather samples for investigations.

The Criminal Investigations Department concluded recording statements from the Captain, Chief Engineer and Second Chief Engineer as well as the Chief Officer of the X-Press Pearl.