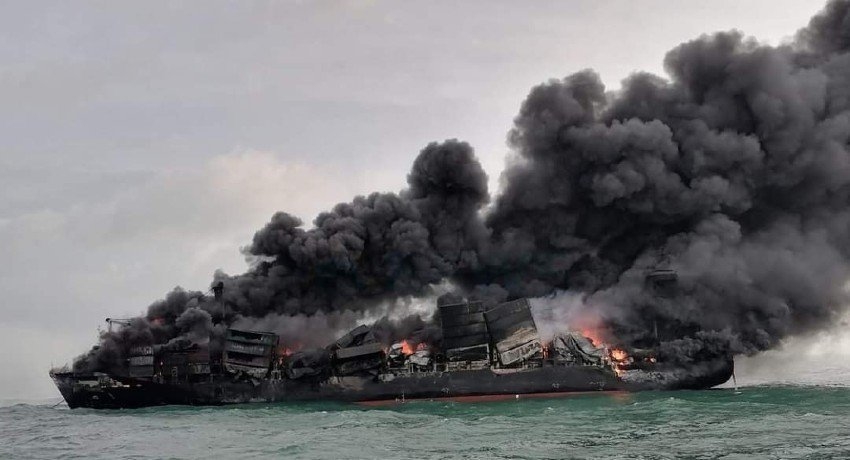 COLOMBO (News 1st); Salvors contracted by the owners of the blazing X-Press Pearl vessel have confirmed that the vessel’s hull remains structurally intact, as do the bunker tanks, and there has been no loss of oil into the port’s waters.

The Sri Lankan Navy has also confirmed that there have been no oil sightings since the fire began.

On Friday (28), the Commander of the Sri Lanka Navy said all necessary measures are in place to address any oil spill from the X-Press Pearl.

“Following the recent explosion we were concerned that the vessel might spilt in half and sink to the bottom of ocean with an oil leak,” said.

Therefore, Indian Coast Guard Vessel equipped to deal with an oil leak were called into the site and are on standy to assist.

Contractors continue working with local authorities on their third day of shoreline clean up efforts to safely dispose of the debris that has come ashore in some areas; this work is ongoing.

We remain fully focused on the ongoing firefighting and salvage operation and will co-operate with the relevant investigations into the cause of the fire.