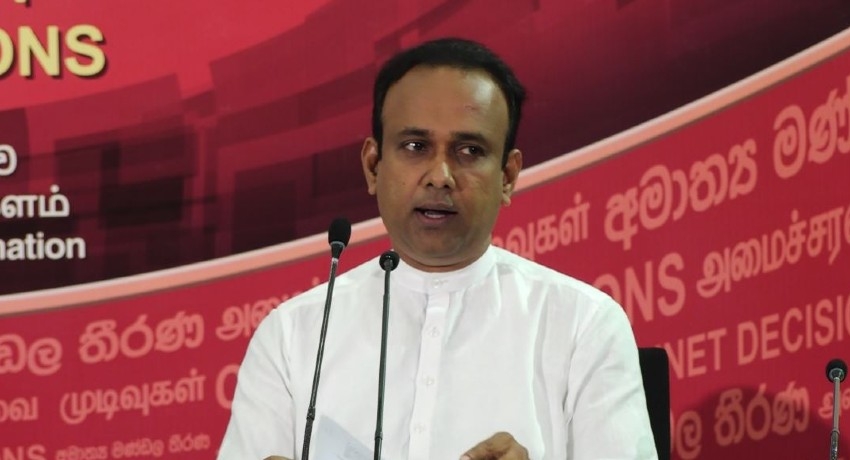 COLOMBO (News 1st): The government has already allocated the necessary funds required to procure 14 million doses of China’s Sinopharm vaccine and one million doses of the Oxford AstraZeneca vaccine, Minister Dr. Ramesh Pathirana revealed at the Cabinet media briefing on Tuesday (May 25).

“With the hope of inoculating 60 to 70 percent of the country’s population by the end of this year, the government has allocated the required funds to purchase 14 million doses of the Sinopharm jab from China and one (01) million doses of the Oxford AztraZeneca jab. Therefore, we expect to expedite the process of importing the vaccines based on the production capacity of the manufacturers,” Minister Dr. Ramesh Pathirana, the Joint Cabinet Spokesperson told reporters.

According to the Minister, another 500,000 doses of China’s Sinopharm vaccines are expected to arrive in Sri Lanka on Tuesday (May 25).

“Moreover, the manufacturing companies have agreed to provide another 03 million doses of the Sinopharm vaccine and a decision on the final date of delivery will be confirmed. We are expecting an announcement on the matter in the coming days,” Minister Ramesh Pathirana went further noted.

According to Minister Dr. Pathirana, the government expects to bring down a large number of vaccines in the month of June, and expand the COVID-19 vaccination drive in the country starting from the high-risk areas of the Western Province, covering all other areas where COVID-19 cases are rapidly detected.

Thereafter, a journalist raised the following question:
“The Cabinet of Ministers has granted approval to obtain 14 million doses of the Sinopharm vaccine. It was announced that the decision in this regard was issued yesterday; however, one week ago, the Chinese Embassy in Sri Lanka revealed that the Sri Lankan government will obtain 14 million doses. What is the price per vaccine?”

In response, Minister Dr. Ramesh Pathirana said ONE vaccine is priced at USD $15 each.