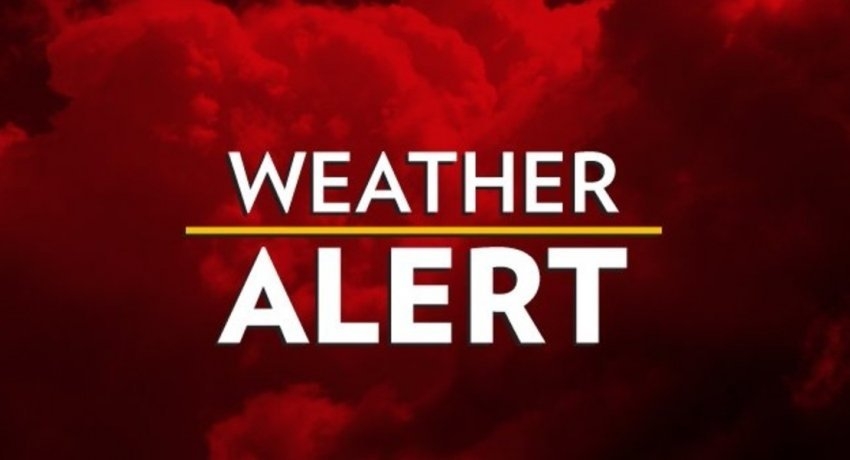 The depression located in East Central Bay of Bengal has intensified into a deep depression and lay centered near latitude 16.3N longitude 89.7E, on 23rd May around 11.30 p.m.

Sudden roughness of the sea associated with strong winds (50-60 kmph, up to 70-80 kmph gusty wind at times) during thundershowers is expected over the North Andaman sea and adjoining east-central Bay of Bengal and deep-sea area of southwest Bay of Bengal during next few days.

There is a possibility that nearshore sea areas off the coast extending from Puttalam to Galle via Colombo may experience surges due to the effect of swell waves, having (2.5-3.0) m height.

Naval and fishing communities are advised not to venture into the East Central Bay of Bengal and adjoining area(08N-20N, 83E-100E), and sea areas around the island until further notice. 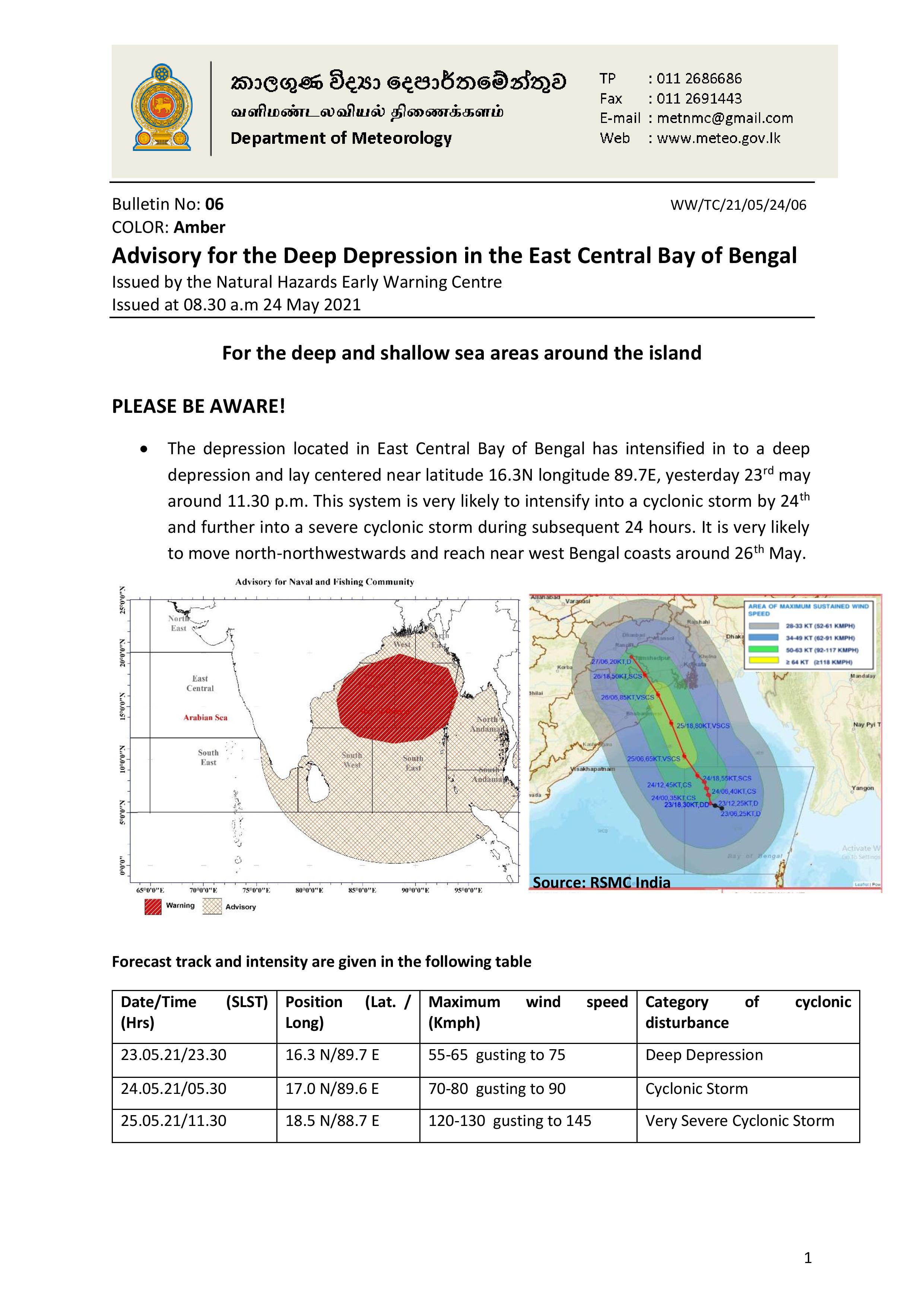