COLOMBO (News 1st): Australian players left in India following the suspension of the Indian Premier League (IPL) cricket tournament will be moved out of the country in the next few days as part of a plan to get them back to Australia.

Thirty-eight Australians, including players, commentators, coaches, and officials are in India but will move to the Maldives or Sri Lanka.

Cricket Australia on Tuesday (04) said it will not seek exemption from a government-imposed travel ban on flights from India but will coordinate with the BCCI to ensure that players from Australia return safely following the suspension of IPL.

“The BCCI [Board of Control for Cricket in India] is working through arrangements to repatriate [the Australians] as quickly and safely as possible,” Cricket Australia’s interim chief executive Nick Hockley said. 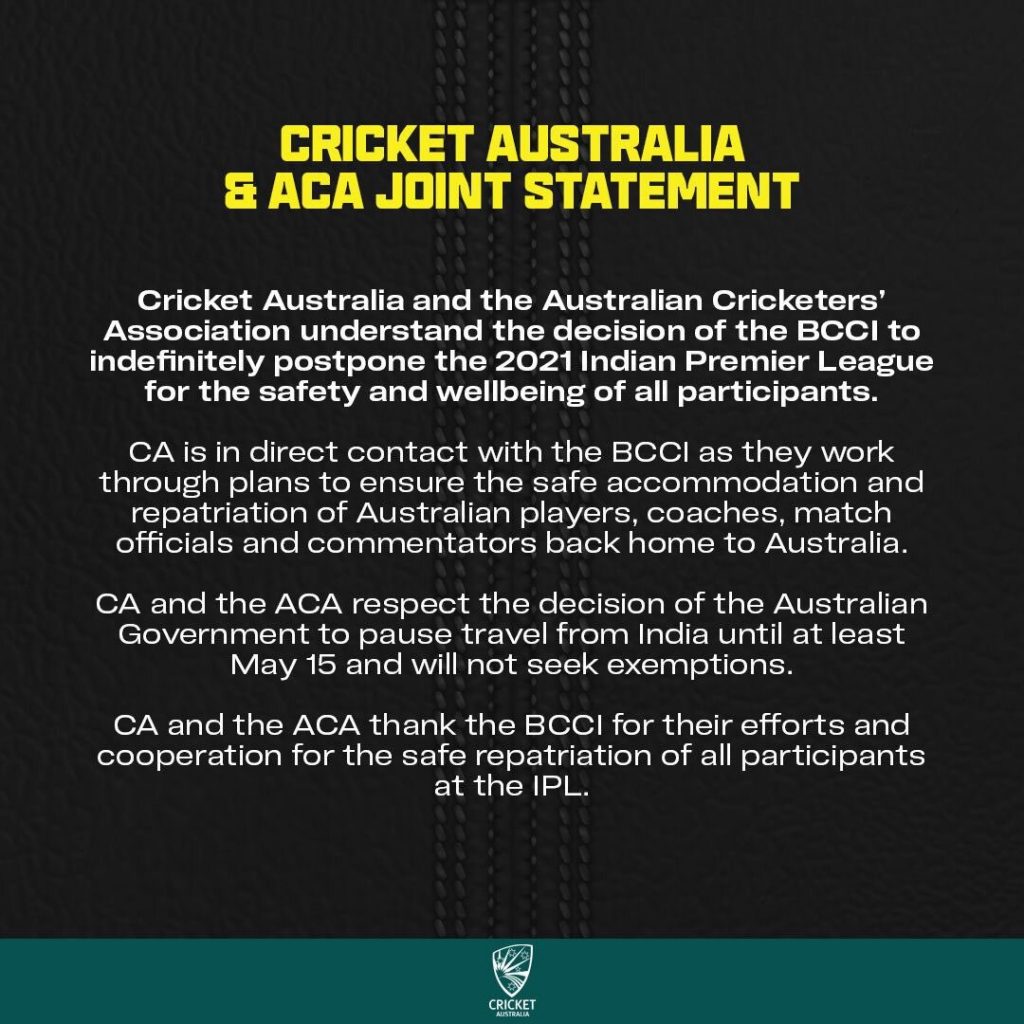 Australia has shut its borders and not allowing any commercial flights from India because of the massive COVID-19 surge in India.

Direct travel from COVID-hit India to Australia is currently an offense and carries the threat of jail time and hefty fines.

The Australian Cricketers’ Association confirmed former Australian batsman Mike Hussey, a coach for one of the IPL teams, had tested positive for COVID-19.