Police Spokesperson DIG Ajith Rohana said Sri Lanka Police did not issue any such notice and said the notice in question is fake. 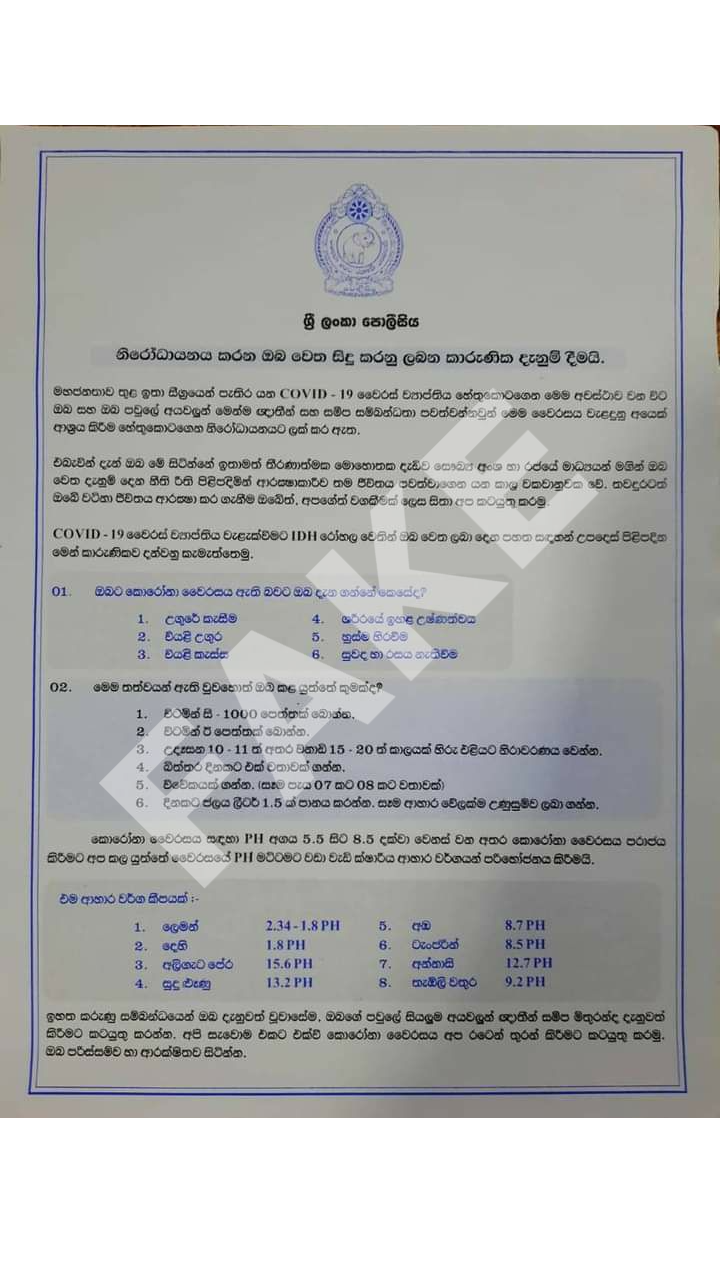 Another woman abused at Bathiudeen's residence