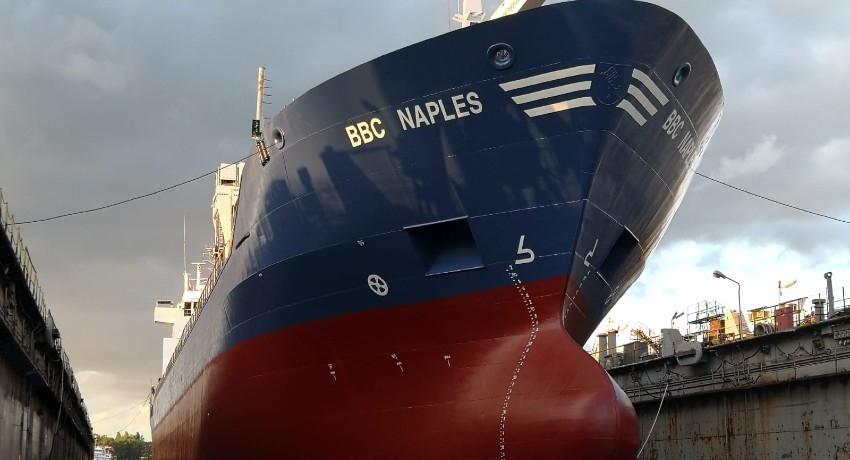 Colombo (News 1st); Sri Lanka’s Marine Environment Protection Authority has decided to deploy its own team to investigate MV BBC Naples which was carrying Uranium Hexafluoride and docked at the Hambantota Harbour.

MEPA Director-General Dr. Terney Pradeep Kumara speaking to News 1st said the MV BBC Naples has currently anchored 06 nautical miles away from the Hambantota International Port, where engineers are attending to a technical issue aboard the vessel.

Sri Lanka on Wednesday (21) said it is to take legal action against the local agent of M.V. BBC Naples which was carrying Uranium Hexafluoride and docked at the Hambantota Harbour.

The statement added that following an inspection by the Harbour Master 05 containers with radioactive material were discovered aboard the M.V. BBC Naples sailing under the flag of “Antigua & Barbados” and owned by Germany.

Chandula Rambukwella, the Senior Manager- Commercial & Marketing for HIPG told News 1st said the M.V. BBC Naples sailing under the flag of “Antigua & Barbados” entered the port of Hambantota on 20th April at 2100 hrs, while en route from Rotterdam to China.

The ship made an emergency call at the port for some urgent repairs, Rambukwella said in a statement.

“Agents for the vessel in Sri Lanka, Barwil Meridian Navigation, had not declared to the port authorities that there was dangerous cargo on board prior to the vessel entering the port,” the statement added.

“It was later found that they were carrying a cargo of Uranium Hexafluoride via investigations made by the Sri Lanka Navy and the Port Authority. The vessel was required to leave the port no sooner the facts were verified,” said the HIPG representative.

The SLPA, Navy, and Customs officials had approved all the necessary documentation prior to berthing of the vessel, based on the declaration made by the agent.

The Sri Lanka Atomic Energy Regulatory Council confirmed the vessel which had docked at the Hambantota Port on Tuesday (20) night was transporting Uranium for use in nuclear power plants.

Anil Ranjith said the vessel, which was En Route to China from Port of Rotterdam had docked at the Hambantota port following a technical issue.

He added, however, that details that the cargo contained radioactive material were not made available to authorities by the vessel at the time of docking.

Subsequently, The Sri Lanka Atomic Energy Regulatory Council has taken steps to have the vessel moved out of the Inner Port to the Outer Port, where it is currently docked.