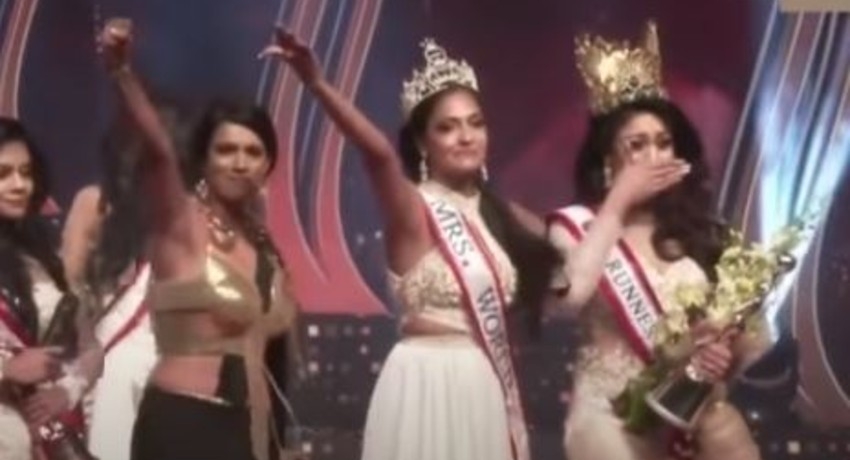 Police Spokesperson DIG Ajith Rohana said according to the complaint filed by Pushpika De Silva, she had noted that she won the Mrs. Sri Lanka 2020 pageant, and later her crown was taken away causing injuries to her.

Teachers & Principals continue protests as Govt. says it will consider pay rise in next budget