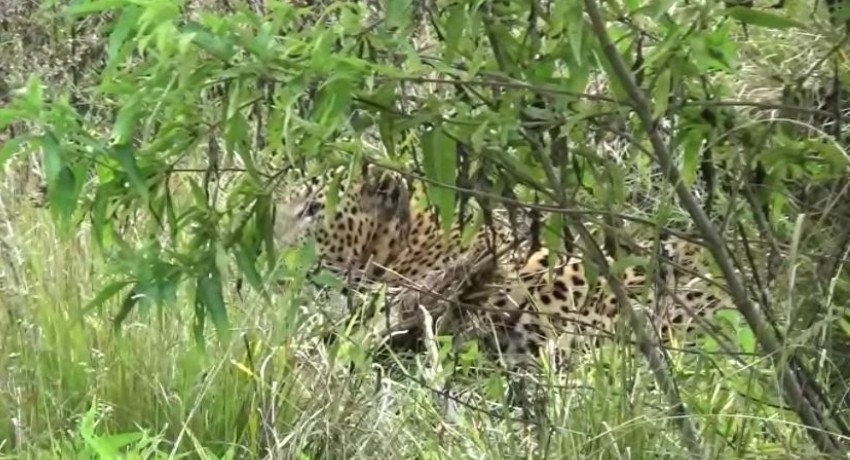 Colombo (News 1st); A leopard recently found trapped in a snare at the Bopaththalawa Farm had reportedly died.

The leopard was around 10 years of age and was 08 feet in length, said officials.

The leopard died while receiving treatment at the Randenigala Veterinary Hospital, said officials adding the leopard suffered serious injuries to its abdomen after it was trapped in the snare.

On the 24th of March, it was reported that a leopard was trapped in a snare set up on top of the official quarters in the eastern region of the Bopaththalawa Farm.

The wild animal had tried to break free and had come near a farm in Bopaththalawa while still caught in the snare.

Personnel from the Nuwara Eliya Wildlife Office, after a valiant attempt, managed to tranquilize a leopard trapped in a snare at the Bopaththalawa Farm and move it for treatment.

According to locals, there is a considerable number of leopards roaming the jungles in the area, and allege certain groups set up snares in the area to poach wild animals.

Children on their way to school had witnessed the trapped leopard and alerted the locals.