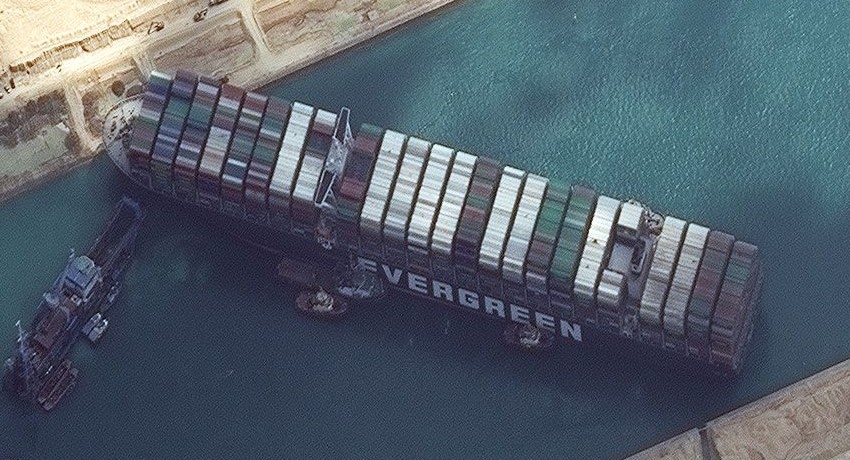 Colombo (News 1st);  Sri Lanka has sufficient stocks of fuel for at least another two weeks, said Energy Minister Udaya Gammanpila on Saturday (27) adding the blockage of Egypt’s Suez canal by a giant container ship that is causing a “traffic jam” in the Red Sea will not impact Sri Lanka.

Sri Lanka’s next fuel shipment will be coming to the United Arab Emirates and not from any port close to the Suez Canal, said the Minister.

Sri Lanka’s last fuel price increase was on the 01st of September 2019 as the price of a barrel of Crude Oil was around 60$ and eventually rose to 72$, said Gammanpila adding the Ceylon Petroleum Corporation decided not increase prices despite suffering losses.

The beached vessel, the Ever Given, which is operated by the Evergreen Shipping line, is one of the world’s largest container ships, about the length of the Empire State Building.

Poor visibility and high winds, which made the Ever Given’s stacked containers act like sails, are believed to have pushed it off course and led to its grounding.

Salvagers have tried a number of remedies: pulling it with tugboats, dredging underneath the hull and using a front-end loader to excavate the eastern embankment, where the bow is stuck. But the vessel’s size and weight, 200,000 metric tons, had frustrated salvagers.

Some marine salvage experts have said nature might succeed where tugs and dredgers have failed. A seasonal high tide on Sunday or Monday could add roughly 18 inches of depth to the canal, perhaps floating the ship.

Global trade has been impacted after the container ship got stuck in the Suez Canal, the 193-km waterway that is pivotal in connecting Europe and Asia.

Located in Egypt, the artificial sea-level waterway was built between 1859 and 1869 linking the Mediterranean Sea and the Red Sea.

As the shortest route between the Atlantic Ocean and lands around the Indian and western Pacific Oceans, the canal is one of the busiest waterways in the world, negating the need to navigate around the Cape of Good Hope in Africa and thus cutting distances by up to 7,000 km.

The backlog of ships caused by the container ship’s grounding in the Suez Canal has reached 248, according to experts from Lloyds List Intelligence.

The Ever Given, a Panama-flagged ship operated by Taiwan’s Evergreen and owned by Shoei Kisen KK, a Japanese company, became wedged sideways across the vital waterway on Tuesday.