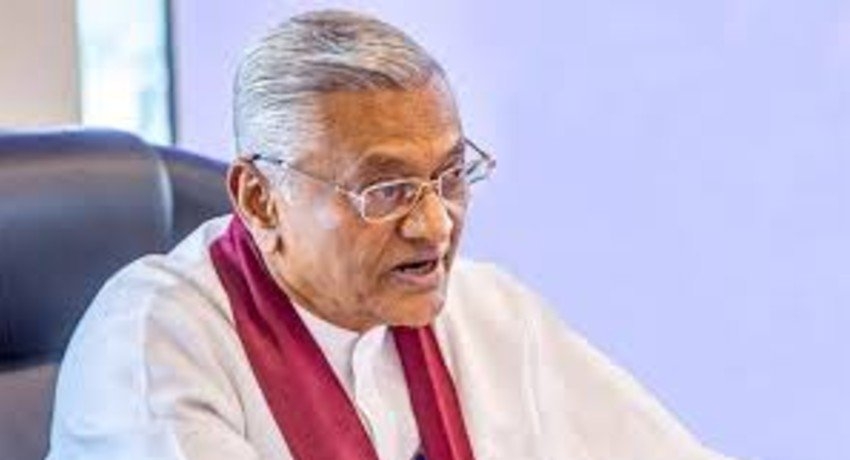 In a press statement issued via the Department of Government Information late on Monday (22) night, the Ministry of Irrigation said, however, the government will act responsibly towards addressing the drinking water crisis as well as protecting rainforests which are home to national water resources.

The press statement released as a clarification to Minister Chamal Rajapaksa’s recent comments on building agrarian tanks inside the Singaraja Rainforest notes that the government is committed to addressing the people’s requirements whilst respecting the agreements with UNESCO, Global Environment Bodies, and Global Environment Conventions.

On Saturday (22), Irrigation Minister Chamal Rajapaksa said the government has planned on a project to construct two irrigation tanks inside the Sinharaja Rainforest to provide clean water to Hambantota in the far south.

Each irrigation tank will span across five acres inside the rainforest, said the Minister adding for the five acres lost in Sinharaja a 100-acre forest will be grown at a separate location, he said while admitting that the Sinharaja Rainforest is a protected area.

Monday’s (22) press statemented adds the government is primarily responsible for the protection of the Sinharaja Rainforest noting that the Gin – Nilwala – Kalu River Basin Project was first proposed back in 1936 to address the drinking water crisis in Matara, Hambantota and Moneragala and from 1968 to 2019 every single government carried out feasibility studies for the project to move forward.

The Ministry of Irrigation said the proposals were made by the experts giving priority to the bio-diversity and flora protection in the said areas.

It added that successive governments took various measures for the implementation of the project and in 2014 a 06 plan was drawn.

Minister Chamal Rajapaksa has noted that in 2019 it was observed that the Madugete Village identified in the project bordered the Sinharaja Rainforest, therefore, it was decided to seek recommendations from local environmentalists and UNESCO that declared the rainforest as a world heritage site.

It added that for decades tanks were constructed inside national reserves with the Department of Wildlife Conservation to solve the drinking water issues of wild animals.