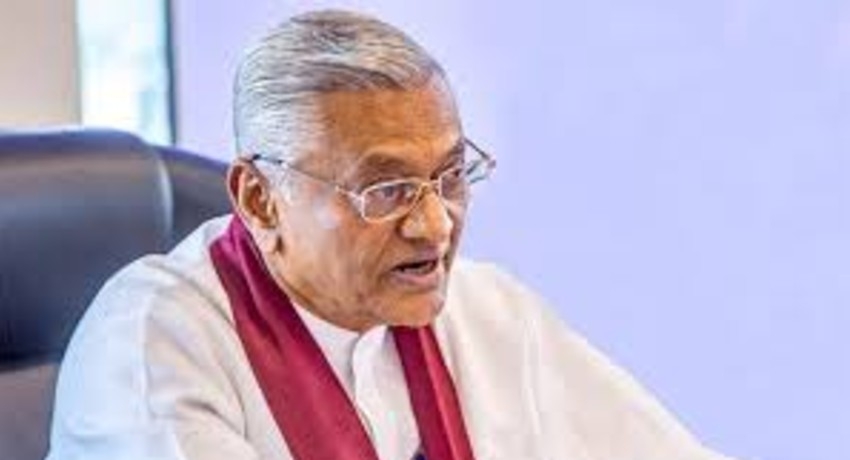 Colombo (News 1st); The government has planned on a project to construct two irrigation tanks inside the Sinharaja Rainforest to provide clean water to Hambantota in the far south.

Minister of Irrigation Chamal Rajapaksa speaking in Weeraketiya on Saturday (20) said these two irrigation tanks will be constructed as part of the Gin Nilwala Diversion Project to move clean water to southern areas. (Click here for video : English / Sinhala )

Each irrigation tank will span across five acres inside the rainforest, said the Minister adding for the five acres lost in Sinharaja a 100-acre forest will be grown at a separate location.

The Minister made this comment while admitting that the Sinharaja Rainforest is a protected area.

“The Gin Nilwala Diversion Project was proposed when Mahinda Rajapaksa was the President to move water from the Gin & Nilawala rivers to Giruwapattuwa and to provide water to Tangalle, Beliatte, Weeraketiya, Walasmulla, Dambarella and, other areas,” said the Minister.

“We are facing a minor challenge. That is, we need to construct two small irrigation tanks at higher ground, inside the Sinharaja Rainforest,” said Chamal Rajapaksa.

Minister Chamal Rajapaksa said the payment was made to the Chinese company and the state had taken the necessary steps to implement that project.

Moreover, rubber cultivation is to be used to increase Sri Lanka’s forest cover, the Minister said adding it will also be a source of income for the people.

“We can generate an income by selling tyres made using the rubber sap collected from these trees,” he said.

Chinese to build reservoirs inside #Sinharaja?