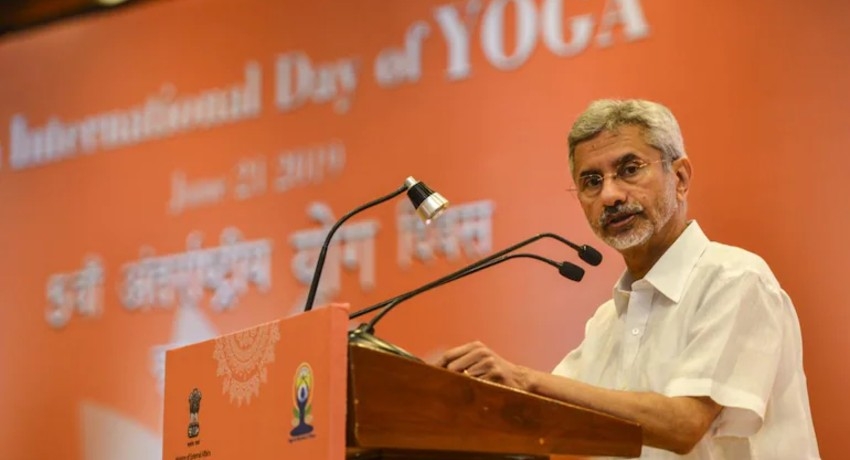 “We will unequivocally stand by Sri Lankan Tamil communities to ensure equality, equity, peace, and development. It has been reinforced through the devolution of power through the 13th Amendment,” he said.

“Tamil Nadu has directed its attention towards Tamil communities residing in Sri Lanka. It remains the same when considering the fishermen’s woes,” said Dr. Jaishankar.

The Indian External Affairs Minister went on to note that India will constantly monitor the status of Tamil communities in Sri Lanka.

“Those residing in Tamil Nadu and other states should understand one fact. Your intentions must be pure. A sudden interest cannot spur with one month to go for an election and then die down once it’s over,” he said adding those feelings shouldn’t be fleeting moments and they need to remain the same each day of the year.

“If you ask me why those in Tamil Nadu should vote for the BJP, I would say Prime Minister Narendra Modi’s government holds a firm stance on this matter. He is the first Prime Minister to tour Jaffna,” he added.

Elections are set to take place on the 6th of April, in several states in India including Tamil Nadu.

The incumbent Government of the BJP has extended its support towards the AIADMK party led by the current Chief Minister of Tamil Nadu Edappadi K. Palaniswami, at this year’s Tamil Nadu election.

The AIADMK through its manifesto has assured to award dual citizenship to Sri Lankan refugees in Tamil Nadu.

This assurance has been given against a backdrop where the Chief Minister of Tripura has revealed a plan by the BJP to extend its political reach to Sri Lanka.

With the enforcement of the 20th Amendment to the Constitution, dual citizens are now allowed to contest in Sri Lanka’s elections.

“There are two important pillars in our relationship. One is the bilateral pillar, which is what happens between us (Government of India) and Sri Lanka. Then there is the ethnic issue and the interest that India has had, which has also been a long-standing issue,” said Indian External Affairs Minister Dr. Subrahmanyam Jaishankar.

“There was an inter-governmental agreement between India and Sri Lanka and Japan on the East Container Terminal. Then the Sri Lankan government told us that they want to shift to an investor-driven model. They want to approach investors in India and Japan, and see if they can negotiate with the investors because they didn’t want to take a loan,” said the Indian External Affairs Minister.