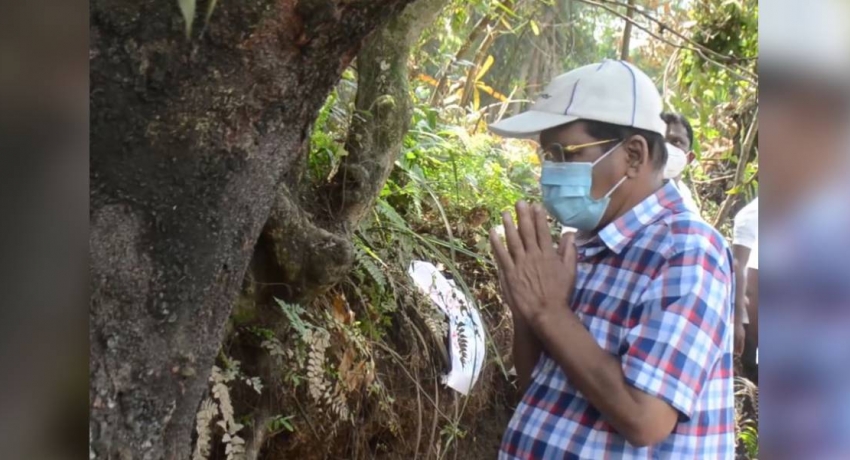 COLOMBO (News1st): Former president Maithripala Sirisena visited Gampaha on Sunday to inspect the location of Sri Lanka’s endemic Crudia zeylanica tree, that is facing a threat of extinction due to a highway project.

“The attention of all relevant officials including politicians has been drawn towards this tree that is considered to be a valuable resource,” Sirisena said during his visit.

He added that the government has responded positively towards this matter.

“I believe that the government has responded positively on this matter and that a plan would be formulated to protect this species of flora,” the former president noted.