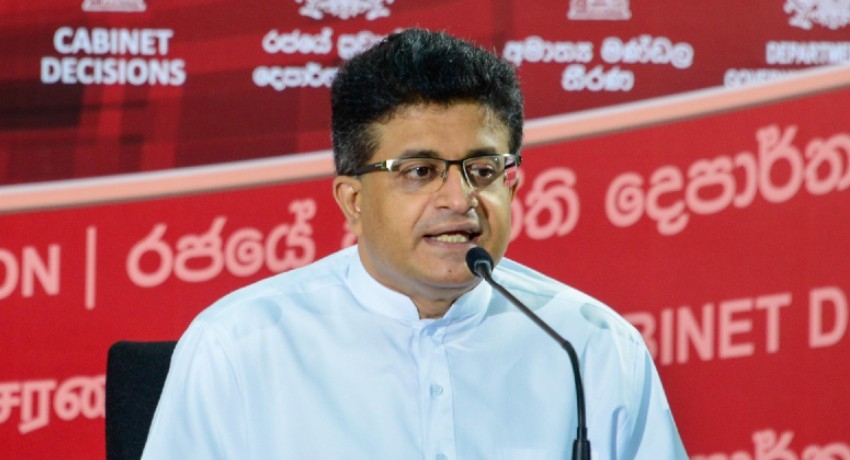 WCT has no strategic importance, SL yet to tell India about ECT; Gammanpila

WCT has no strategic importance, SL yet to tell India about ECT; Gammanpila

Colombo (News 1st); Sri Lanka is yet to inform the Indian Government on the decision taken by the Cabinet of Ministers on the East Container Terminal of the Colombo Port, said Joint Cabinet Spokesperson Minister Udaya Gammanpila on Tuesday (02).

A senior Indian source had told The Hindu newspaper that India hopes that Sri Lanka does not unilaterally decide on this matter as there is a tripartite agreement on it.

According to a report published by the Hindu newspaper, Prime Minister Mahinda Rajapaksa’s statement that the East Container Terminal’s operation would be handled entirely by the Sri Lanka Ports Authority has not been communicated officially to India.

On Monday (01) the Indian High Commission in Colombo stated the expectation of the Government of India is for expeditious implementation of the trilateral Memorandum of Cooperation (MOC) signed in May 2019 among the Governments of India, Japan, and Sri Lanka for the development of ECT with participation from these three countries.

‘Only ECT has the facility for back-to-back operations between terminals and that is why there was concern over ECT,’ said the Minister adding the West Container Terminal has no strategic importance and therefore it will be developed with foreign investments.

He said the development of WCT with foreign investments is mentioned in the national policy framework of the President.