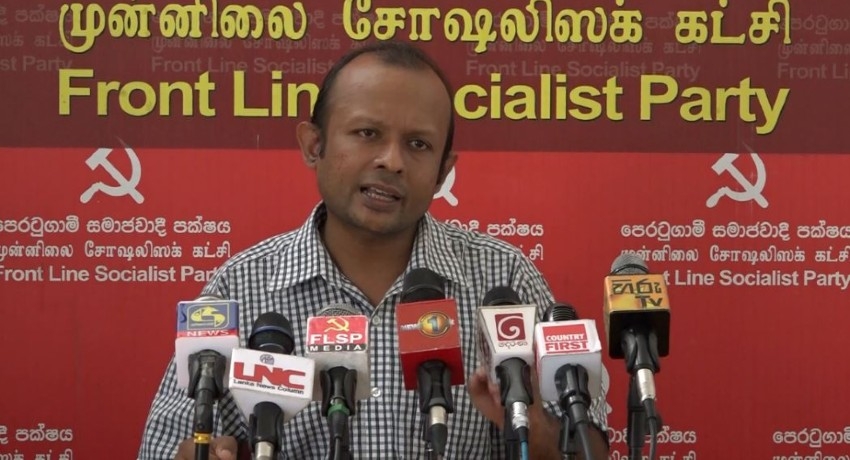 Colombo (News 1st);  Indian has managed to arrest ‘Kimbula Ela Guna’ 22 years after the attempt on the life of Ex-President Kumaratunga, however, have failed to arrest ‘Sarah’ connected to the 2019 April Terror Attacks, alleged the Frontline Socialist Party.

There is a link to ‘Kimbula Ela Guna’s arrest and the warning by the Indian High Commission on Monday (01) on ECT, said Pubudu Jagoda, the Propaganda Secretary of the FSP.

The Government of Sri Lanka cannot turn a blind eye to these signals and the government must announce its position on these matters, he said.

Based on the confession, central crime branch sleuths arrested four more people including Guna’s son Kennedy alias Bumma and three more people from a hideout in the city on Monday (01), said the Times of India.

Inquiries revealed that Guna was part of the foiled attack on former President of Sri Lanka Chandrika Kumaratunga in 1999, in which she lost one of her eyes, said the Times of India.

Following his arrest, the police team monitored his associate’s movements who holed up in various places in the state.

Subsequent surveillance helped them to arrest Guna and to follow his confession.

The other arrested men identified as Kennedy alias Bumma – a marksman for the LTTE, Dileepan, Vigneshwara Perumal, and Prabhakaran.

Preliminary inquiries revealed that Guna had close nexus with the Liberation Tigers of Tamil Elam (LTTE).

He was indulged in the drug dealing business after colluding with international drug cartels.