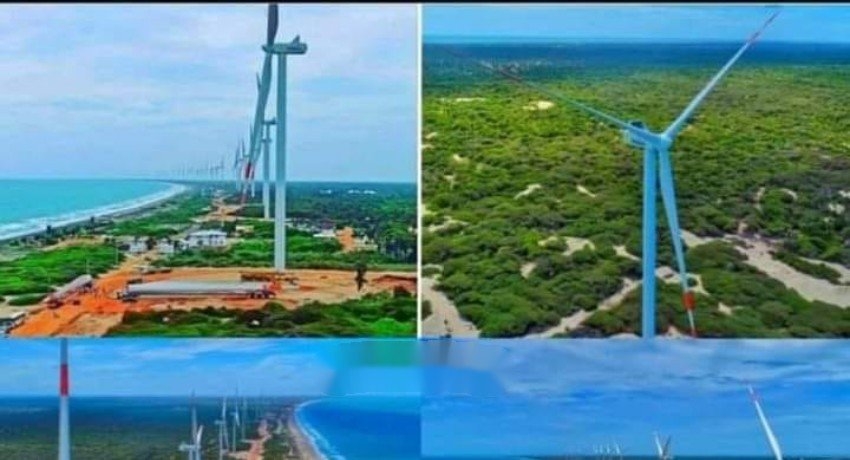 Colombo (News 1st);  Sri Lanka’s largest Wind Power Farm ‘Thambapavani’ in Mannar was added to the National Grid on Tuesday (08) during an event graced by the Prime Minister.

The project was launched in March 2014 and the wind farm is expected to generate 800 megawatts of electricity within the next 10 years to meet the growing demand for electricity in the country.

It is possible to reduce the consumption of around 2000 liters of diesel fuel within the next 20 years, it added.

It also prevents the release of 5.7 million metric tons of carbon into the environment.

This will save foreign exchange by drastically reducing the amount of fuel imported into the country, said a statement.

The Minister of Power and Energy, Dallas, has stated that any entrepreneurship that seeks to strengthen the national economy of Sri Lanka through renewable energy will be given a 7-year tax concession and that a number of new industries will be created in the future.

The Minister also stated that the first solar park is expected to be constructed in Siyambalanduwa in the future under the Renewable Energy Promotion Program.