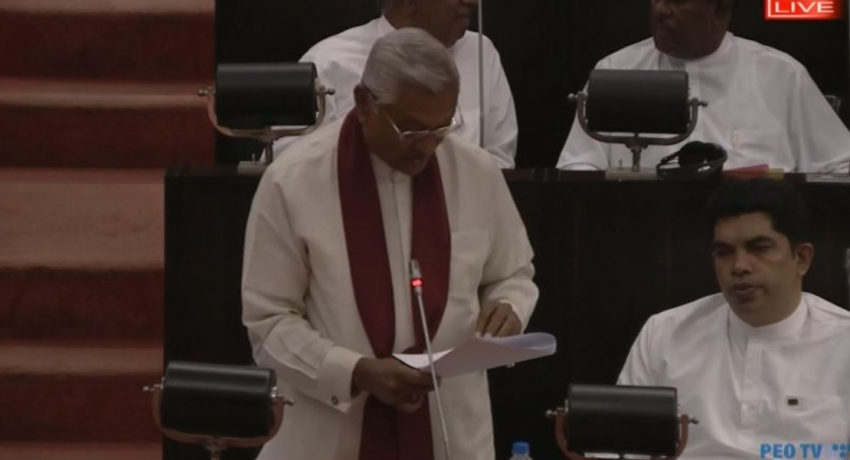 Colombo (News 1st); The Government has instructed the relevant authorities to move the fishing community in the east to safe locations, as the province braces itself for Cyclone Burevi which will make landfall on Wednesday (03).

State Minister of National Security, Home Affairs and Disaster Management Chamal Rajapaksa told the Sri Lankan Parliament fishing equipment including nets and boats will also be moved inside the country.

Further, Divisional Secretariats were instructed to raise awareness among the local population on the disaster situation, he said.

The State Minister said all relevant stakeholders were instructed to ensure essential infrastructure damaged by the cyclone is up-and-running within 24 hours.

People living in areas prone to floods will also be moved to safer locations before a disaster situation takes place while financial allocations to the tune of Rs. 01 Million will be given to the District Secretaries to provide food and water to the people evacuated from high-risk zones.

Search and Rescue personnel from the armed forces are on alert and stand-by to be dispatched immediately for operations, said the State Minister.

People moved to camps will be coordinated using the necessary health guidelines to prevent the spread of COVID-19, he said.

In addition, the Disaster Management Center will be in operation 24/7 and the general public can contact them via the 117 emergency hotline