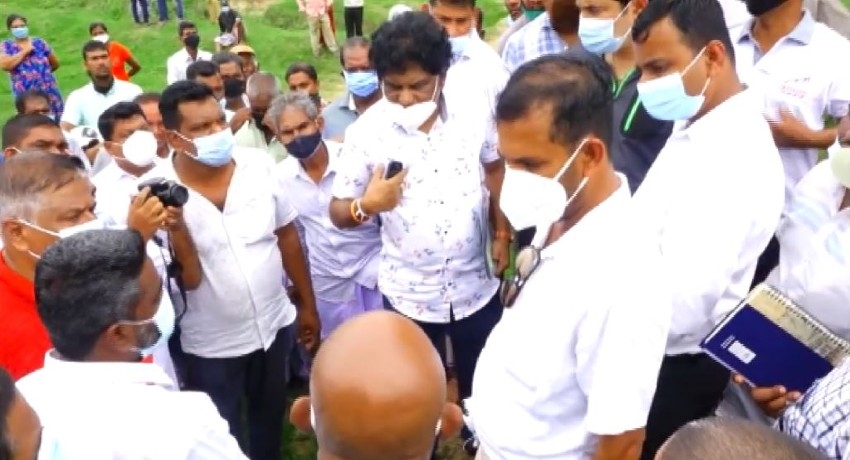 Colombo (News 1st); Wildlife Officers attached to 08 separate trade unions launched a token strike on Friday (27) against the conduct of State Minister of Wildlife Wimalaweera Dissanayake and with an aim of protecting the environment.

Prabath Karunathilake, the Head of one of these Trade Unions speaking to News 1st said the decision was made as the State Minister was instructing wildlife officers to violate the law and destroy the environment.

The locals further requested for permission to be granted for cattle to graze inside the Polonnaruwa Floodplain and the Somawathiya National Park.

However, a heated argument broke out between the Wildlife Officers and the State Minister when the latter issued a directive on the said matter.

Wimalaweera Dissanayake told the wildlife officers to issue an identification card for the herders to move cattle in the areas in question.

However, Wildlife Officer refused to do so adding the area was designated as a National Park as per a national requirement and noted herders possess illegal weapons.

‘This is a national crime’, said the Wildlife Officers and ignored the melee caused by the State Minister.