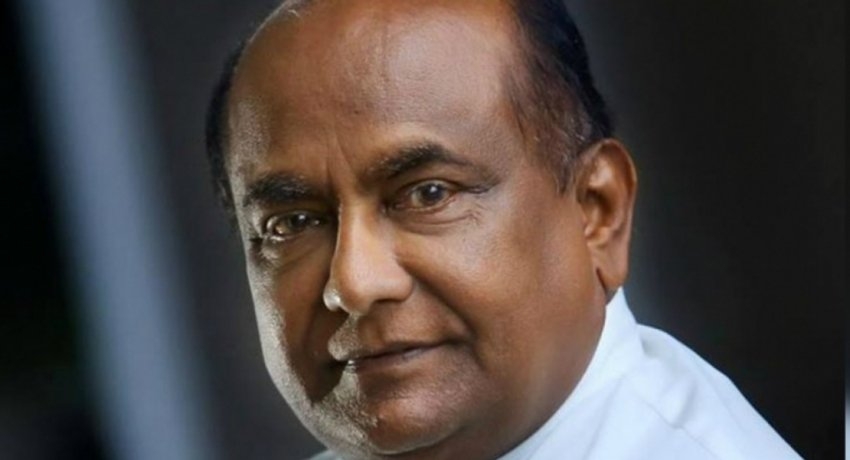 Colombo (News 1st); Speaker Mahinda Yapa Abeywardena on Friday (27) did not permit a question to be raised on the visit to Sri Lanka by India’s National Security Adviser Ajit Doval.

Doval arrived in Colombo for trilateral discussions among India, Sri Lanka, and the Maldives.

Opposition Samagi Jana Balawegaya (SJB) Parliamentarian Chaminda Wijesiri attempted to raise a question in Parliament on the visit and if it was linked to the Colombo Port East Terminal.

However, Speaker Mahinda Yapa Abeywardena denied permission to the MP to raise the question saying it was not in line with the Standing Orders of Parliament.

Wijesiri objected saying he had a right to raise the matter but the Speaker told the MP he needs to request for a date to raise the question as it was not in the original agenda of the day.

Doval is in Colombo to attend the 4th National Security Adviser (NSA) Level Trilateral Meeting on Maritime Security Cooperation between India, the Maldives, and Sri Lanka from Nov. 27 to 28 in Colombo.

The meeting is convened this year after six years since the last meeting in New Delhi in 2014.

However, Ajit Doval’s visit comes at a time many factions allege there is an attempt to hand over Sri Lanka’s East Container Terminal to Adani Group, an Indian multinational conglomerate.

ECT’s strategic position is vital for Sri Lanka as it has the capacity of catering to ships with large volumes.

The Jaya Container Terminal or JCT at the Colombo Port is owned by the Sri Lanka Ports Authority, while the South Asia Gateway Terminals is operated via a company formed by Sri Lanka and Multi-National Companies.

China owns a major portion of the shares of CICT or Colombo International Container Terminals which is located close to Port City.

Rohitha Abeygunawardena, Minister of Ports and Shipping on the 25th of November said as per the government’s policy resources of the country will not be sold, however, it will be exploring the possibility of attracting investors.

However, G. Niroshan a Trade Union member told the media on Friday (27), a cabinet paper was passed on the 09th of November to vest ECT with the Adani Group.

He alleged the government is attempting to proceed with the MCC which was signed by the Ranil – Maithri Government.