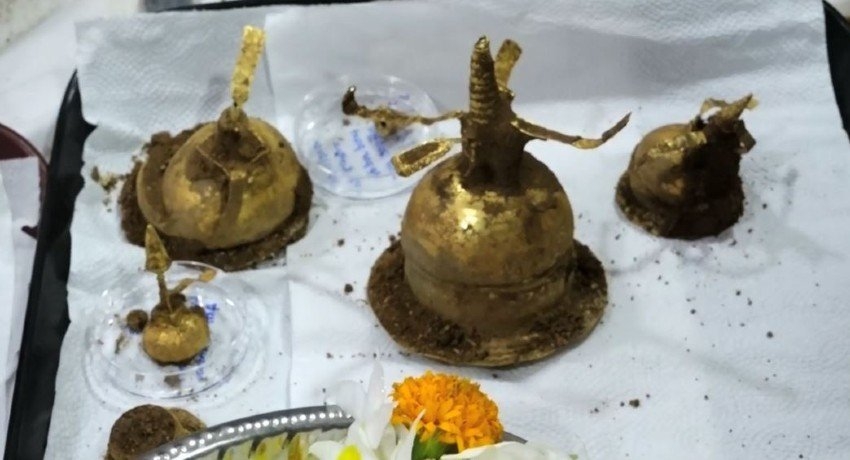 Colombo (News 1st);  04 golden caskets were discovered during an excavation at the Southern Vestibule of the Deegavapi Stupa in Ampara on Wednesday (25).

The Department of Archaeology said this is the single largest discovery of golden caskets discovered during an excavation in Sri Lanka.

The stone-carved casket was placed at the Ampara District Secretariat and was opened in the presence of the Director-General of Archaeology Senarath Dissanayake.

Thereafter, the 04 golden caskets were placed at a special podium and Buddhist religious observances were performed.

These golden caskets date back to the 05th Century BC said the Department of Archaeology.