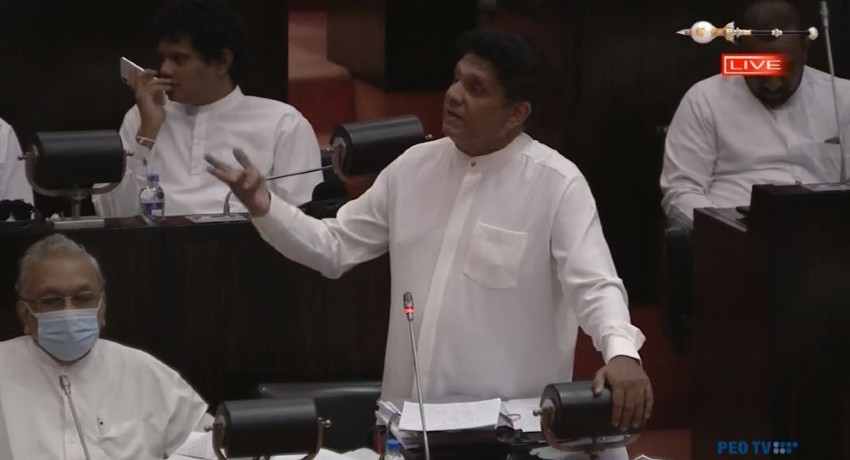 Sajith Premadasa said many countries have already signed purchasing agreements with the vaccine manufacturers, while Sri Lanka has not shown any interest to purchase the vaccines.

However, the government is capable of passing remarks when others speak of vaccines, said Sajith Premadasa adding the Sri Lankan Government is more efficient towards hiring troll farms to post fake comments on social media.

“If the government is facing funding issue, I propose you speak to the Canadian Government, ” said the Opposition Leader while tabling the relevant documents in the house of legislature noting Canada is having an excess of the vaccines it purchased.

“Sadly, the government believes the water pot is the answer to all issues,” he noted while adding the country is facing serious shortages of mandatory health equipment.

Lumpen business elites are making profits by importing equipment and test kits, at the expense of the general public, remarked the opposition leader.

These businesses are looting off the air tickets and quarantine process as well as accommodation as well, he said.

The vaccine should be given to the people at zero cost, he stressed.