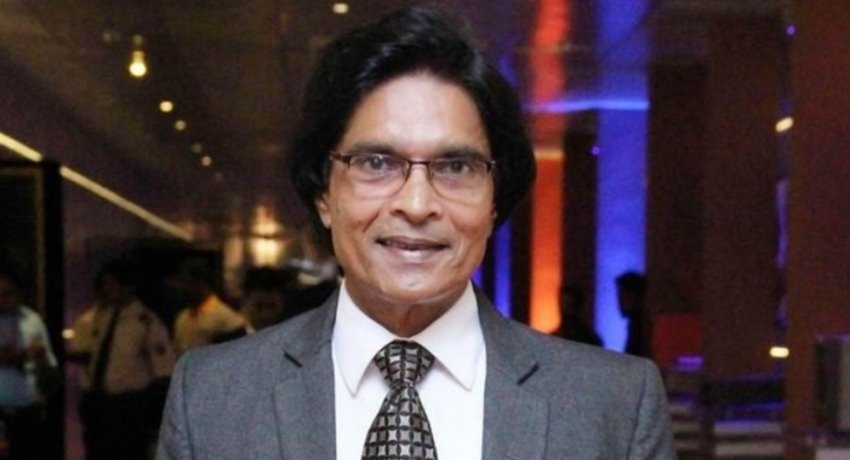 COLOMBO (News 1st): Sydney Chandrasekara, a household name among the people of Sri Lanka, bid goodbye to us for one last time today.

He was 61 years old at the time of his demise.

The remains of the Veteran Journalist was placed at the Jayarathna funeral parlour in Borella this evening and will remain there till tomorrow evening.

Final rights will take place at 5.30 pm tomorrow, at the New Crematorium in Borella.

Sydney Chandrasekara is one of Sri Lanka’s greatest personalities to have carved an indelible mark in the teledrama and television industries while mastering the art of news and lyric writing.

A past pupil of Ananda College in Colombo, Sydney Chandrasekara first joined the Sri Lanka Rupavahini Corporation where he grew under the tutelage of Titus Thotawatte – Sri Lanka’s pioneer in dubbing.

He went on to serve as a teledrama producer at Sri Lanka Rupavahini Corporation and made waves in the industry by directing the country’s first-ever studio-based teledrama with multi-camera technology.

It was this bold step that gave way for ‘Nidikumba Mal’ – a teledrama that remains etched in the hearts of the people.

Sydney Chandrasekara, who did not settle for mediocrity, was the backbone of popular teledramas including Kumarayaneni, Piyambana Assaya, Samudra Jaya, Pembarayanani and A-9 that was aired on Sirasa TV.

Swarnavahini’s Live at 8 news broadcast and the Swarnodaya television programme were also the brainchild of none other than this great personality.

His lyrical creations, that have touched the hearts of the youth, will continue to serve as a beacon of hope for generations to come.

Sydney Chandrasekara will be remembered for his significant works that he continued to craft during his tenure at the Sirasa Media network until he waved goodbye for one last time.

The media network’s theme song for the 2013 Commonwealth Heads of Government Meeting, Ranbhoomi, and Sithanna are some of his magnificent creations.

Sydney Chandrasekara who joined News 1st as a consultant, contributed to the production of the Dawasa Programme, to establish a platform that listens to the hearts of the people.

It was this personality who portrayed the hidden reality of Sri Lankan politics, through his show titled “Good, Bad, Ugly” that won several hearts.

It was his words that offered hope to the people at a time when fear and uncertainty gripped the country in April last year.

Sydney Chandrasekara contributed towards the Gammadda initiative, in a way that was unique to him, as our teams visited every nook and corner of the country to bring a smile on the faces of the people.

He also holds the credit of penning down a song that the nation chorused in one voice when the COVID-19 pandemic broke out in the country.

Despite not being in the best of health when the country was battling the pandemic, Sydney Chandrasekara fulfilled his last duty towards his nation, giving life to the pen that he held dear to him until his last breath.

This anthem will continue to resonate in the country, in the years to come.

End of an era. But legacy will live on

The memories left behind by great personalities who made this world a better place can never be forgotten.