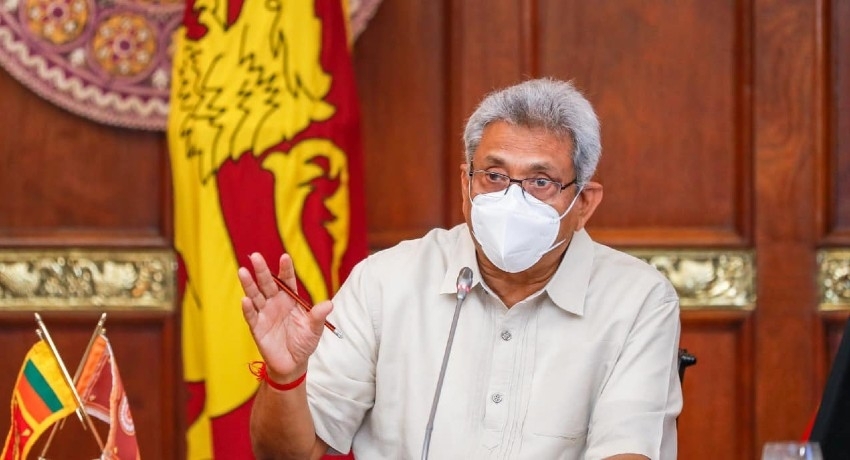 Colombo (News 1st);  President Gotabaya Rajapaksa stressed on the need to pay special attention towards saving those suffering from non-communicable diseases from COVID-19.

The President’s Media Division said 93% of COVID-19 deaths reported in Sri Lanka are those who were suffering from non-communicable diseases,

People suffering from cardiac issues, diabetes, kidney disease, and cancer are infected easily by COVID-19, said the PMD adding most of them were asymptomatic and postmortem PCR revealed they were exposed to COVID-19.

In addition, President Gotabaya Rajapaksa had emphasized on reviving the islandwide network of dispensaries to cater to the needs of the rural folk who face issues when reaching major hospitals in the country.

Further, the President’s Media Division noted President Rajapaksa had stressed on the need to prevent anyone from entering or exiting isolated areas and to monitor if the proper process is followed when goods are distributed in those areas.

In addition, the President had instructed officials to take steps to prevent the movement of people from the Western Province to other provinces.