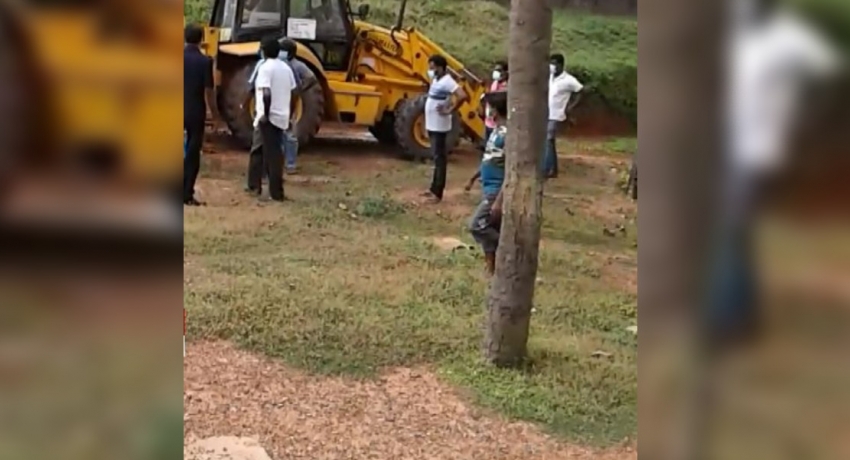 Colombo(News 1st): A controversy has arisen surrounding the construction of a road which runs through the premises of the University of Ruhuna.

A group including Matara Municipal Councillor of the SLPP Lalith Alwis had attempted to commence construction of a road yesterday (7) across the premises of the University of Ruhuna from the Rabindranath Tagore Auditorium towards the beach. However, construction had been halted following the intervention of the Deputy Vice-Chancellor of the university, university staff and security officials.

Nonetheless, the group led by the SLPP Municipal Councillor had returned to the location today (8) with a backhoe with the intention of recommencing construction of the road. Their attempts had been thwarted yet again by the Deputy Vice-Chancellor and other officials by obstructing the road using the University bus and the official vehicle of the Deputy Vice-Chancellor.

“The Former Vice-Chancellor had made a promise to the people. After 3 rounds of talks with the Mayor they had decided to accept the previous road as a proper road”, SLPP member of the Matara Municipal Council Lalith Alwis who initiated the construction of the road said.

However, University authorities believe the construction of a public road across the university premises would pose a threat to the security of the university.