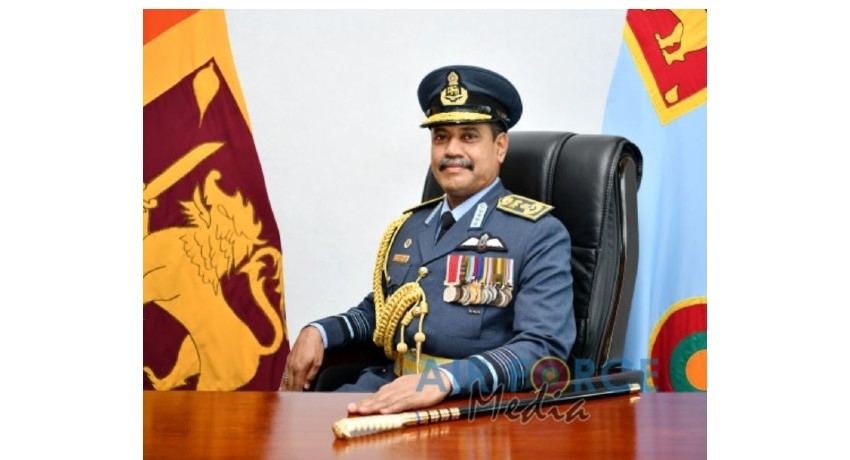 Colombo (News 1st); President Gotabaya Rajapaksa in his capacity as the Commander in Chief of the Armed Forces has promoted Air Marshal Sumangala Dias to the four star rank of Air Chief Marshal with effect from 1st November 2020.

Air Chief Marshal Dias took over as the 17th Commander of the Sri Lanka Air Force on 29 May 2019 and is scheduled to relinquish his command on 2 November 2020 at Air Force Headquarters.

On completion of the Basic and Advanced phases of flying training, he was commissioned as a Pilot Officer in the GDP branch on 15th August 1986.

On successful completion of Staff College he returned to flying duties and took over as the Commanding Officer of No 06 Helicopter Squadron at Sri Lanka Air Force Base Vavuniya on 26th June 2002.

On 01st June 2005 he was appointed as the Base Commander Sri Lanka Air Force Base Hingurakgoda which consists of three lodger formations including two helicopter squadrons.

On 05th December 2009 he was appointed as the Base Commander Sri Lanka Air Force Base Ratmalana which consists of six lodger formations including two flying squadrons, where he completed number of development projects including an international standard rugby ground.

He was appointed as the Base Commander Sri Lanka Air Force Base Katunayake which consists of twenty five lodger formations including three flying squadrons for the period from 30th April 2012 to 10th June 2013.

He was appointed as the Command Flight Safety Officer and subsequently as the Deputy Director Air Operations in the year 2013.

Air Chief Marshal DLS Dias was appointed the Chief of Staff of the Air Force w.e.f  01 October 2016 until he was appointed as the 17th Commander of the Sri Lanka Air Force.

Air Chief Marshal Dias is a proud recipient of the Desha Puthra Sammanaya, as a result of injuries he sustained due to enemy fire over Silawathuriai during offensive combat air operations in Eelam War II.

In 2008, as the Senior Air Coordinator and Air Component Commander for the final stages of Eelam War IV, he was instrumental in synchronizing air operations with the ground operations of the 57, 58 and 59 divisions of the Sri Lanka Army, contributing decisively to the successful culmination of the humanitarian operation as well as the conflict that had plagued Sri Lanka for thirty years.