COLOMBO (News1st): An opposition lawmaker has challenged government parliamentarians over the visit of US State Secretary Mike Pompeo’s visit to Sri Lanka.

Government parliamentarians, who were in the opposition under the previous government had opposed Pompeo’s first visit planned in June last year before it was cancelled.

“Seetha Arambepola (now in the government) said the foreign delegate is arriving in the country, to capture our lands and destroy our environment,” Nalin Bandara, a Samagi Jana Balawegaya candidate recalled.

He added that ministers Wimal Weerawansa and Udaya Gammanpila, then in the opposition, had also voiced objection against Pompeo’s visit, but are remaining silent now.

“I urge the public to assist the journalists in locating Wimal Weerawansa’s whereabouts during the next 48 hours. I will award anyone,” Bandara remarked.

He also challenged to locate Arambepola’s and Gammanpila’s whereabouts during the next 48 hours.

The opposition parliamentarian pointed out that the purpose of Pompeo’s visit to Sri Lanka was never revealed although the purpose of his visit to India, the Maldives and Indonesia was identified.

“Is our country in danger? These are the questions of the general public that do not have any answers,” the Samagi Jana Balawegaya parliamentarian observed. 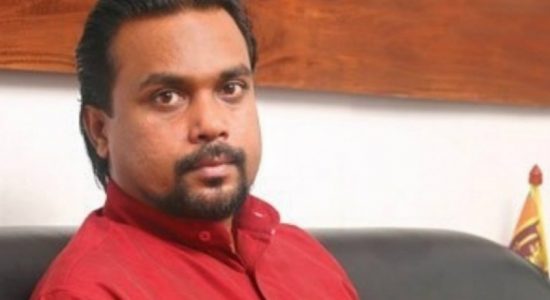