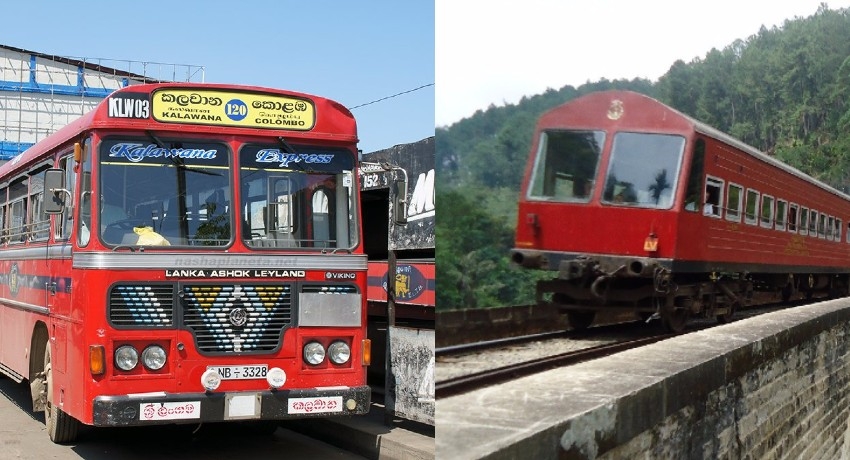 Public Transport services suffer losses due to rise in COVID-19

Public Transport services suffer losses due to rise in COVID-19

Colombo (News 1st); There is a considerable drop in the number of passengers using public transport services due to the rise in COVID-19 cases, highlighted transport authorities.

General Manager of Railways Dilantha Fernando speaking to News 1st said the daily income of the Department of Railways dropped from Rs. 19 Million to Rs. 14 Million.

Due to low passenger numbers, the Department of Railways was also compelled to cancel certain train operations, he said.

Sri Lanka Transport Board incurred a loss of Rs. 210 Million from the 07th of October to-date.

The Deputy General Manager of the Sri Lanka Transport Board said there is a considerable drop in the number of passengers across the country.

SLTB has not cut down on its operations and will continue to deploy buses to ensure students facing the Advanced Level Examination are not inconvenienced, especially in the Gampaha District, he said.

State Minister of Vehicle Regulation & Bus Transport Services Dilum Amunugama speaking to News 1st considering the plight of private bus operators, said a request was made to the Central Bank of Sri Lanka via the Finance Ministry to further extend to another six months, the leasing relief package offered to them.

He said the decision is expected to be reached by next week.

Further, the fees imposed by the National Transport Commission will be charged from private bus operators for the next six months, said the State Minister.