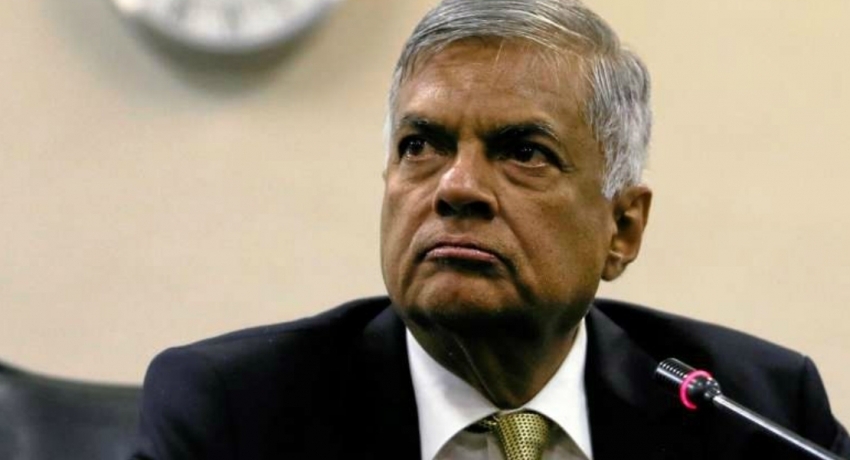 Colombo (News 1st); Inquiries were made from the Indian High Commissioner in Sri Lanka following the 2019 April 21st Terror Attacks, said Former Sri Lankan Prime Minister Ranil Wickremesinghe in his testimony to the Presidential Commission of Inquiry probing the terror attacks on Tuesday (13).

The Ex-Prime Minister said he inquired from the India High Commission with regard to the intelligence shares before the attacks took place.

The reason for making such inquires was because India had a relationship with the east of the country, said Wickremesinghe adding any responsible government would not provide information without any accountability.

The Presidential Commission questioned if the Former Prime Minister is aware of why he was not updated on such information, even when Indian Intelligence was available and when the Indian Defence Secretary visited the country on the 08th of April 2019.

Wickremesinghe said according to his understanding the Indian Intelligence Services comes directly under the purview of the Indian Prime Minister and is not a subject monitored by the Indian Defence Ministry.

Former Prime Minister Ranil Wickremesinghe told the PCoI on one occasion the Turkish Ambassador to Sri Lanka had apprised him that individuals connected to FETO had arrived in Sri Lanka and were attempting to spread their ideology.

Wickremesinghe said the Turkish Ambassador had requested those individuals be traced and expelled from Sri Lanka as they approve terrorism based views.

The Turkish Ambassador added FETO was increasing its presence in Asia and it was a threat to security, testified the Former Sri Lankan Prime Minister.

Wickremesinghe said the Intelligence Services was vested with the task of probing these claims and investigations revealed there was no threat to Sri Lanka.

Ranil Wickremesinghe said, though people who supported the ideology of IS (formerly ISIS) were present in Sri Lanka, the group was not banned in the country as there was no information about implementing those ideologies and investigations only revealed of its online existence.

However, Ex-Prime Minister Ranil Wickremesinghe admitted, IS should have been banned in Sri Lanka.

In his testimony to the Presidential Commission of Inquiry probing the 2019 April 21st Attacks, Ranil Wickremesinghe said there were political conflicts between his faction and Maithripala Sirisena’s faction in governance.

He said there were issued on a daily basis with regard to providing employment opportunities and development activities.

In his testimony, the Former Prime Minister said Maithripala Sirisena was elected as the Common candidate with the aim of implementing a common program and an economic program was prepared by the United National Party led by him.

Ranil Wickremesinghe said when the former government was in power National Security Council meeting was held on short notice and therefore several official engagements that were already fixed had to be canceled in order to attend these meetings.

He said previous governments had a fixed date for National Security Council Meetings.

Ranil Wickremesinghe said he even proposed to then-President Maithripala Sirisena to fix the National Security Council meetings on a weekday and even proposed to appoint Cabinet Sub-Committee which would liaise with the NSC.

The Former Prime Minister made a statement to the Presidential Commission of Inquiry in-camera (In the absence of the media) with regard to those connected to Al-Qaeda & IS as well as regarding overseas students who were educated as Wahabism-related institutions in Sri Lanka and later joined IS in Iraq and Syria.