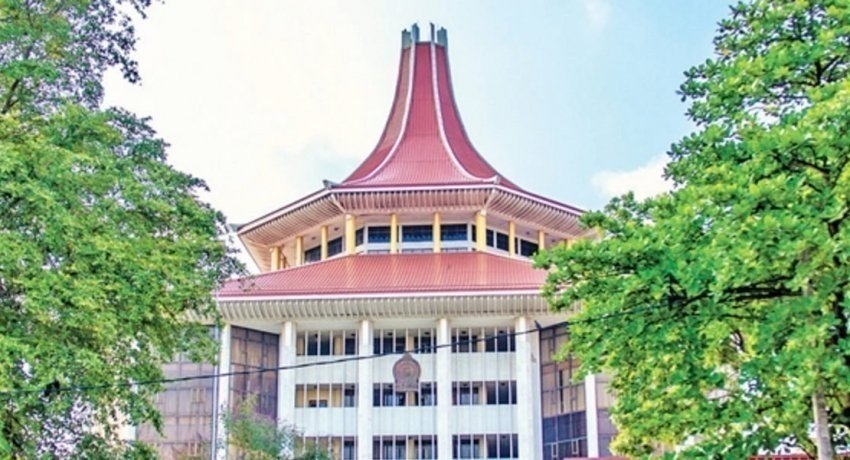 “Content of 20A abhorrent” counsel for the petitioners tell Supreme Court

“Content of 20A abhorrent” counsel for the petitioners tell Supreme Court

Colombo (News 1st);  Counsel for the petitioners who challenged the proposed 20th Amendment to the Constitution, submitted to the court that the content of the 20A is so abhorrent that it cannot be even put to the general public at a referendum.

PC Sanjeewa Jayawardena appearing for the petitioners only opposed clause 20(3) of the 20A which seeks to impose a duty on the state as well as private media to comply with the guidelines issued by the elections commission.

He pointed out that unlike private media, state media is an instrument of the state and thus can be subject to a duty to adhere to the guidelines issued by the elections commission.

However, he added that the state dictating terms to private media institutions on the content, and time allocated to candidates, would be an unwarranted intrusion on media freedom.

He added that the content broadcast or published by media institutions are governed by the Sri Lanka Press Council Law, TRC act, and the Rupavahini Corporation Act and that there is no need for an intrusion by way of a constitutional duty.

Counsel appearing on behalf of the President and Secretary of the Sri Lanka Audit Services association challenged clauses 31 through to 40 and clause 56 of the 20th amendment.

The counsel pointed out that the removal of certain state institutions and the office of the President and the prime minister from the purview of the auditor general would infringe on the control of public finances vested with the parliament under Article 148, and as per Article 76 of the constitution, parliament cannot abdicate its functions to an alternate body.

He added that there are 117 companies, where the state has more than a 50% stake and are registered under the companies’ act, that would move out of the purview of the auditor general under the provisions of the 20th amendment.

He further submitted that these companies control assets of over 3 Trillion rupees, and that powers of the COPE AND COPA to review their decisions would be hindered and thus it infringes on the sovereignty of the people under Article 3 of the constitution which is an entrenched provision under Article 83, and as such these clauses have to be placed before the general public at a referendum.