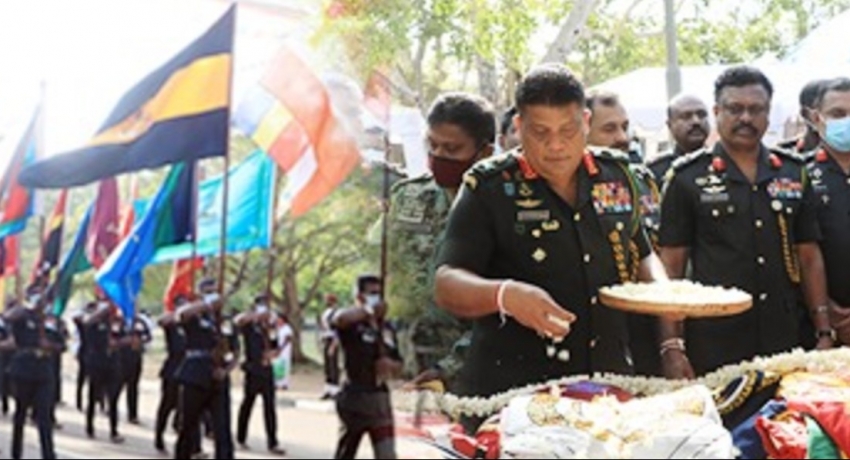 Colombo (News 1st); The annual Flag Blessing ceremony ahead of the 71st Army Anniversary took place in Anuradhapura as hundreds of Army soldiers-turned flag-bearers, remained lined up in the Welimaluwa (lower-layer) precincts at the most sacred Anuradhapura ‘Jaya Sri Maha Bodhi’ before all Army flags were taken to the upper layer for the symbolic invocation of blessings.

The customary spectacle, as has been the practice, began after all the Army Flags were taken for blessings around the Weli Maluwa (lower layer) thrice before those flags were accepted by Senior Officers, awaiting at the Meda Maluwa (middle layer).

The Commander laid the flags around the sacred tree later on.

Afterward, members of the Maha Sangha chanted ‘Seth Pirith’ and invoked blessings on all Army Flags.

The Army, raised in October 1949, now as the country’s most formidable land force to be reckoned with is comprised of 24 regiments, including volunteer ones, and currently engaged in a multiplicity of nation-building development projects after its landmark victory over terrorism in the year 2009.