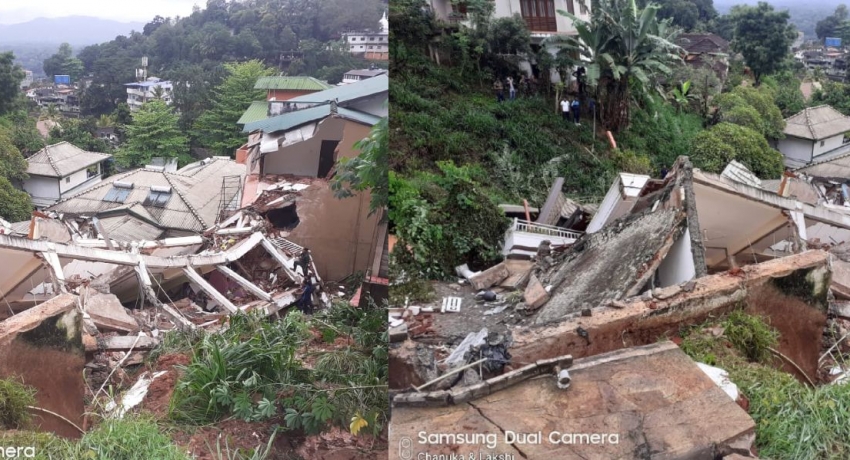 Colombo (News 1st); The owner of the house in Buwelikada, Kandy which collapsed on the 20th of September and resulted in the deaths of three people, was arrested by Sri Lanka Police on Tuesday (29) morning.

According to Sri Lanka Police Anura Lewke was summoned to the police and thereafter taken in custody.

He will be produced in court on Tuesday (29).