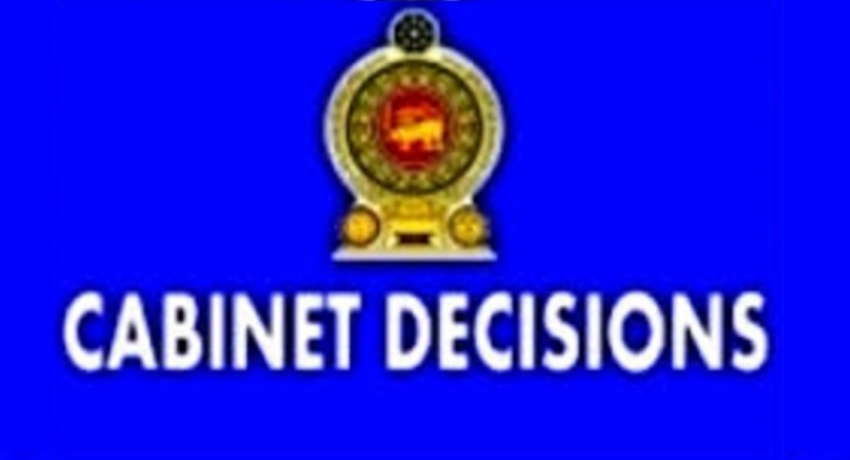 Colombo (News 1st); The Cabinet of Minister granted approval to draft legislation to enforce the Mine Ban Treaty.

Joint Cabinet Spokesperson Udaya Gammanpila speaking at the Cabinet Briefing on Tuesday (29) said the Justice Minister given the green light to instruct the Legal Draftsman’s Department to commence drafting the necessary legislation.

He said Sri Lanka could not sign ‘The Convention on the Prohibition of the Use, Stockpiling, Production and Transfer of Anti-Personnel Mines and on Their Destruction’ in the past, due to the war in the country.

Udaya Gammanpila said following the end of the war, in 2017 Sri Lanka became the 163rd country to accede to the Anti-Personnel Mine Ban Convention, or Ottawa Convention fulfilling the pledge made in 2016 to join the international community in supporting the ongoing landmine clearance program.

Sri Lanka’s Permanent Mission to the UN in New York on 13th December 2017 deposited the Instrument of Accession to the Convention of the Prohibition of the Use, Stockpiling, Production and Transfer of Anti-Personnel Mines and on Their Destruction (Ottawa Treaty) at the Treaty Section of the United Nations in New York.

In its initial transparency report submitted on 28 November 2018, Sri Lanka reported stockpiled anti-personnel mines under its ownership or possession.

Sri Lanka’s deadline for the destruction of its stockpiled anti-personnel mines is 1st June 2022.

Sri Lanka is one of the 30 States Parties that have indicated having significant numbers – hundreds or thousands – of landmine survivors.

Sri Lanka is also a State Party to the Convention on the Rights of Persons with Disabilities.