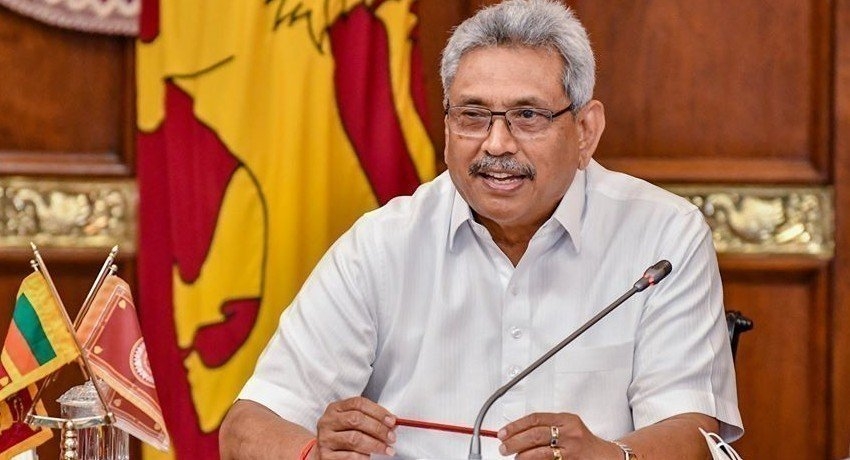 ‘Universities should not simply be degree-awarding institutions’ – President

‘Universities should not simply be degree-awarding institutions’ – President

Colombo (News 1st);  President Gotabaya Rajapaksa emphasized the need to reform the country’s education system in order to create a citizen who can optimally contribute to the future world, the economy, and development.

The Universities should not simply be degree-awarding institutions, said the President, according to the PMD.

The President pointed out the country, the economy as well as the graduates themselves should benefit from this.

He urged the education authorities to introduce a new curriculum as soon as possible, giving priority to practical needs.

The President made these remarks during a discussion held at the Presidential Secretariat on Thursday (24) on the future activities of the State Ministry of Education Reforms, Open Universities & Distance Learning Promotion.

President Rajapaksa stated the current labour market discrepancies have occurred due to the fact that educational reforms that suit the country have not taken place for many years.

There exist a large number of job vacancies in various fields in the country as well as internationally, the President said adding the education system has not created the manpower needed for the modern world.

‘In order to make the future generation of the country productive citizens, they must be enriched with new knowledge, skills and abilities. A clear roadmap should be drawn up from pre-school to higher education level to ensure that young people do not get lost in the field of education. It can increase the opportunities for technical education and expand the use of technology in the educational process. All institutions related to education were brought under one Ministry to achieve this objective,’ the President said.

President emphasized it is every child’s right to have an equal opportunity in education irrespective of their ethnic and religious differences and added that it is the government’s responsibility to raise a productive citizen to the country.

New reforms should create a background to facilitate access to education for the children who were left behind to reach their expected academic destination without age restrictions.

The immediate obligation of an education system is to facilitate graduation for all the students who are eligible to enter universities and make the job market reaches out for graduates instead of them taking to streets demanding job opportunities were discussed in length.

Open University will enrol an additional 10,000 students to their branches.

Plans have been devised to register 10,000 individuals to follow degrees in Information Technology.

It was also discussed to adopt different eligibility criteria unique to each university which is the practice adopted by developed countries for university entry, at the meeting.

President Rajapaksa advised the officials to expedite the review process of the already drafted National Education Policy and implement it accordingly.