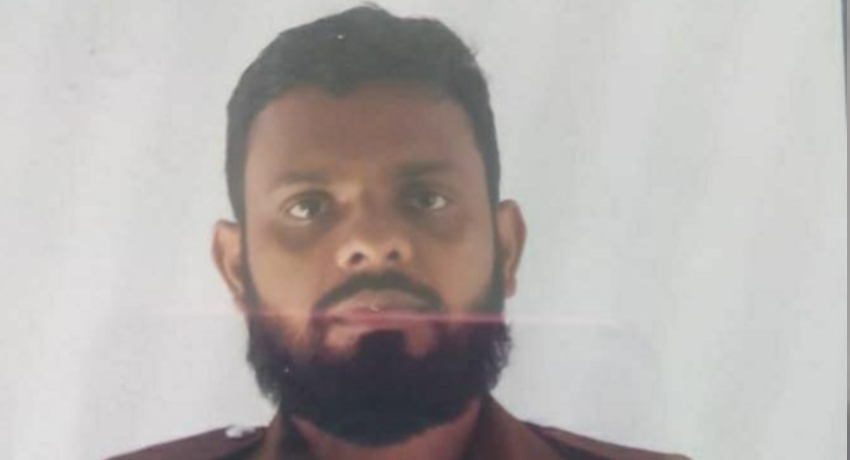 Colombo (News 1st);  The Crime Branch-CID on Thursday (17) got four days of custody of Sri Lankan police official Pradeep Kumar Bandara who was arrested by the Ramanathapuram district police.

Kumar Bandara was wanted in Colombo in connection to a drug smuggling case and according to the Times of India Bandara’s elder brother was a close aid of Angoda Lokka.

Bandara — a police constable attached to Colombo Crimes Division — developed a nexus with drug smugglers said the TOI adding he allegedly smuggled 23kg of drugs from Colombo port and handed them over to his elder brother.

His elder brother was arrested by the Colombo police recently, and Pradeep Kumar managed to escape.

On September 5th, he reached Mandapam in Ramanathapuram district of Tamil Nadu illegally in a ferry.

He was arrested by the Ramanathapuram police and lodged in Puzhal Central Prison in Chennai.

Raju filed a petition before the judicial magistrate court -II at Ramanathapuram seeking five days of police custody and the court granted four days of custody on Thursday.

The officials were instructed to produce Bandara before the court on Monday (21).

Pradeep Kumar Bandara was then taken to CB-CID police office in Ramanathapuram district for further interrogation.

Lokka died of a sudden cardiac arrest in Coimbatore city.

Currently, the CB-CID team is trying to investigate if there was any connection with Lokka and Bandara.

Bandara told the police that a fisherman offered to help him. That’s why he managed to escape from Colombo.

However, on reaching Mandapam, he could not connect to the fisherman.

The CB-CID team has launched a search for the fisherman.