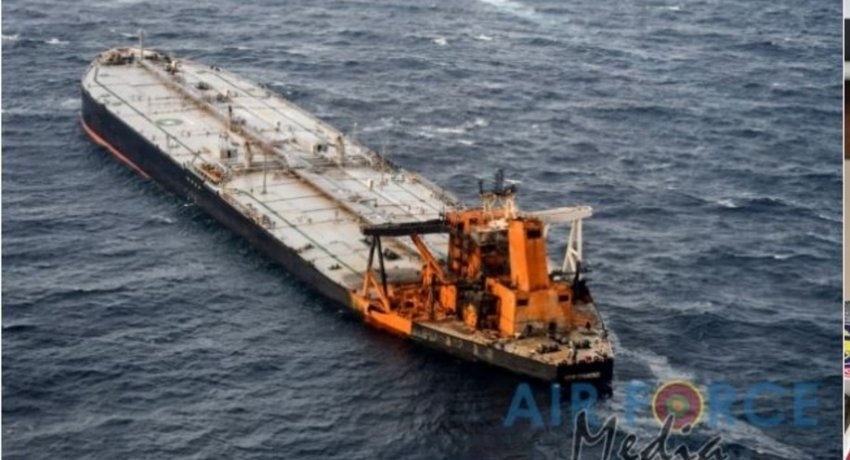 Colombo (News 1st); The Marine Environment Protection Authority (MEPA) said a team of experts is preparing estimates on the damage caused to the Sri Lankan marine environment following the fire which erupted aboard the MT New Diamond Crude Oil Tanker.

Laboratory tests proved there was an oil leak into the ocean, in addition to observation reports, said the MEPA Chief adding the team of experts reported the area in which the incident took place is home to turtles, Manta Rays as well as Dolphins.

The Government Analyst’s Department report confirmed the oil which leaked to the ocean was the fuel used by the Crude Oil Tanker to operate its engines.

Darshani Lahandapura said reports of other oil & fuel samples obtained from the sea area and from the distressed Crude Oil Tanker are to be received.

The sum of Rs. 340 Million was estimated as the expenses incurred until the 15th of September, said State Counsel Jayaratne.

Further, the Marine Environment Protection Authority (MEPA) is yet to produce a report on the estimated damage to the Sri Lankan marine environment caused by the oil leak from MT New Diamond.

Following that report being produced, the Attorney General hopes to make a claim for the total cost incurred by all stakeholders in providing assistance to douse and contain the fire.