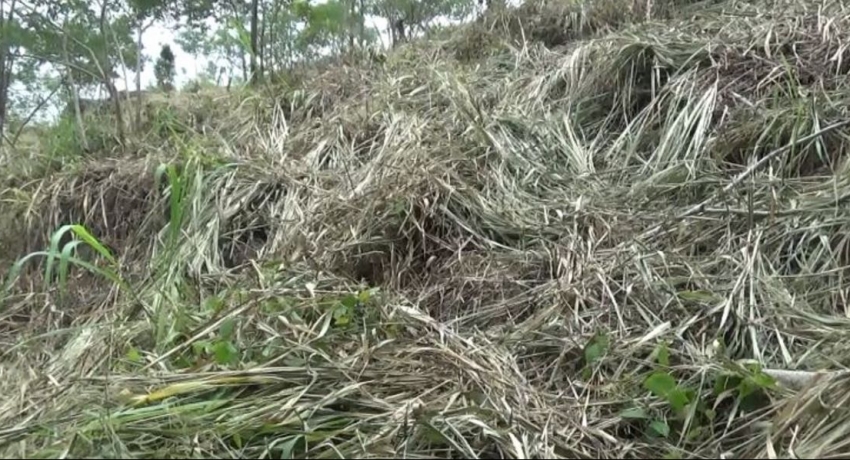 Colombo (News 1st); The Hantana Mountain Range Environmental Protection Area has come under threat due to the clearing of land.

According to News 1st reporters on-site, around 02 acres of land located within the Hantana Mountain Range Environmental Protection Area, which is 3000 metres above sea level was cleared since last week.

“It is prohibited by law, according to the provisions of the National Environmental Act No. 47 of 1980 to cultivate or clear for personal use, any plot of land under the Central Environment Authority located within such eco-sensitive zones,” claimed the environment activist.

Environment Organizations state the land in question was marred with issues since 2004.

A letter dated in 2004 by the Central Environment Authority claims the plot of land was first provided to an estate for Tea Cultivation by the Land Reform Commission and later a section of the land was vested with a female lawyer based in Dehiwala.

It adds, the lawyer had sought a recommendation from the CEA to remove the Albizia trees in the plot of land and the CEA had noted approving the removal could pose serious environmental issues.

Therefore, during that time the CEA had requested the LRC to take over the land once again.

The Hantana Protectors’ Union says the area was being cleared since the 27th of August and its General Secretary Amith Senanayake claimed the Land Reforms Commission is yet to reclaim the land despite being asked to do so in 2004.

Despite the area termed as private property, there is a process that needs to be followed when its a matter related to the environment, said the activist.

As one section of the land was given to a lawyer based in Dehiwala, the other section was given to a place identified as the Ulpatha Kande Aranya Senasanaya.

Following a News 1st expose’ an attempt made in 2017 to illegally construct an access road and another parallel road, was foiled.

There is less than 400 metres between the area being cleared and the abandoned road.

This road construction was initiated by the Road Development Authority on the 12th of December 2015 without the approval from the Hantana Protection Area Management Committee.

It is cause for concern as to who could be the powerful person who is making an attempt on the Hantana Mountain Range Environmental Protection Area.