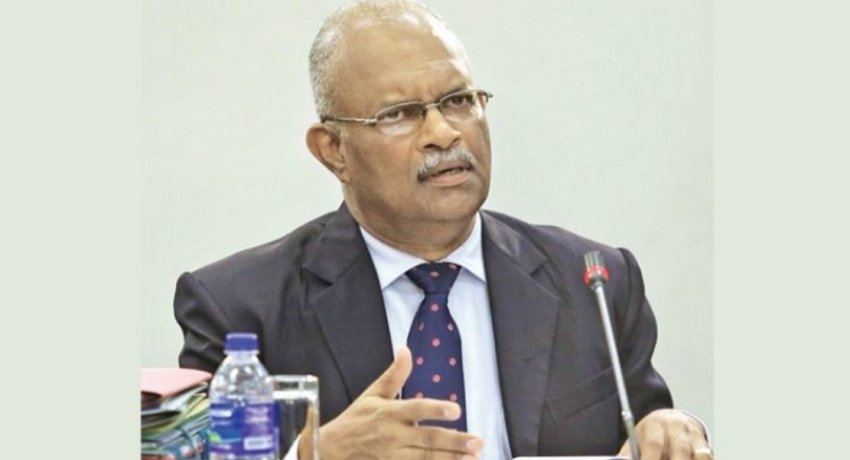 COLOMBO (News1st): Former Criminal Investigation Department (CID) Director Shani Abeysekera who was arrested on Friday for allegedly planting firearms at a shack, leading to the arrest of four people, was remanded until the 07th of August.

“The Colombo Crimes Division has found that evidence on the case was fabricated and that the firearms were recovered in a wrong manner,” police spokesman Jaliya Senaratne said on Friday (31) morning.

The CID had recovered the weapons while probing a complaint filed in 2013 against a group including Vaas Gunawardena, a former deputy police chief, for the unlawful storage and usage of firearms.

Eight people including Gunawardena, his wife, son and a nephew were arrested in connection to the complaint, the spokesman said.

Information obtained from a police inspector, who was also arrested, had led to the recovery of six T-56 firearms and more than 500 bullets of different calibres from a shack in Kalagedihena.

A court had later ordered that the owner of the house, his wife, and two police officers who recovered the firearms be produced as suspects, the spokesman added. They were released last month.

“…the suspects had told court that the then CID Director SSP Shani Abeysekara had dumped the firearms at the site at the time of recovery, to portray it had already been there,” Senaratne said.

Accordingly, the police chief, on June 24, had instructed the CCD to investigate the matter after the recent statements made by the suspects had contradicted their initial statement.

The CCD is carrying out further investigations into the case.

Political parties expressed concerns over the arrest of the former CID Director claiming that the arrest is politicized.

“He conducted investigations against senior-level officers … and now they are taking revenge from the officers who conducted these investigations,” Ajith P. Perera, a Samagi Jana Balawegaya candidate said.

However, Namal Rajapaksa, a Sri Lanka Podujana Peramuna candidate said that they will not allow politics to interfere with the ongoing investigations.

He pointed out that the former CID Director faces allegations over the 2019 April 21st attacks, and also for concealing evidence in another case.

“…we have to look at these allegations in a just manner,” Rajapaksa stressed.