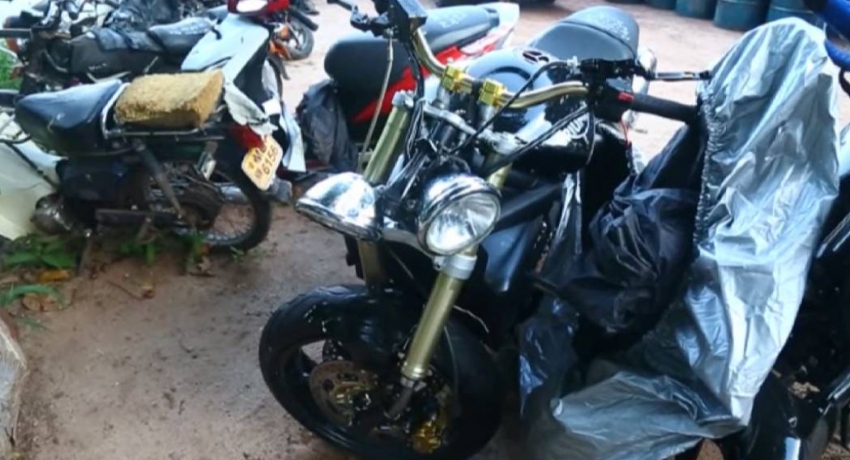 COLOMBO (News1st): An election candidate has dismissed claims that a motorcycle rider who injured a couple in a crash recently, had been travelling to his rally at the time of the accident.

Last Sunday, a motorcycle travelling at an excessive speed had crashed onto a motorcycle in Nattandiya, leaving one critically injured.

The motorcycle that caused the accident had an engine capacity above 450 cc that is banned on Sri Lankan roads, police said.

A relative of the injured youth said the father of the rider who caused the accident, and a group had visited the residence of the victims to settle the matter.

“He had said his son had obtained a bike from someone else to attend a rally of Sanath Nishantha,” the relative said.

However, Nishantha, who is contesting under the Sri Lanka Podujana Peramuna ticket, denied that the rider had been travelling to his rally.

However, News1st cameras captured how the candidate had been touring several areas including Serukale, Mudukotuwa and Kalpitiya.

The suspect who had caused the accident has been remanded until Friday after being produced at the Marawila Magistrate’s Court.

Ashane Avishka, 26, who sustained serious injuries in the collision has been receiving treatment at the Intensive Care Unit at the Colombo National Hospital since the accident.