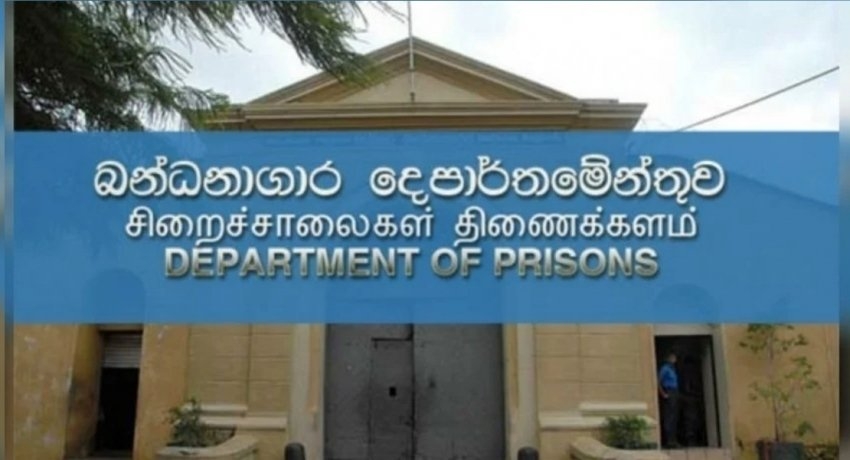 According to reports, the three underworld gangsters who threatened the prison officers were identified as “KOSGODA THARAKA”, “PODI LASSIE” and “PITIGALA KEWUMA”.

Notorious underworld leaders and violent underworld gangsters responsible for drug trafficking, homicides, and other organized crimes are held at a separate area in the Boossa Prison in Galle which was constructed 06 months ago.

A majority of the inmates held at this separate area in the Boossa Prison were transferred from the Welikada Prison.

A special team of detectives had visited the Boossa Prison on the 26th of June at 04 PM to investigate the continuous threats made to prison officers by incarcerated underworld gangsters.

The team was accompanied by a detachment of Police Special Task Force personnel and Prisons Intelligence personnel.

It is reported, when the team of officers arrived at the prison premises “Kosgoda Tharaka”, “Podi Lassie” and “Pitigala Kewuma” were behaving in a violent manner, making various threats from their cells.

The officers had first visited the cell of “Hikkaduwe Podi Lassie” at the 03rd cell block.

Podi Lassie had reportedly threatened the team of investigating offices.

TRANSLATION OF EXTRACT:
“It is impossible to stay here. You may have me trapped in here, but my network is active. Even though I am in here, I can do whatever I want,”.
END OF EXTRACT
( Source: Prisons Investigation )

Thereafter, the team had visited the cell of “Kosgoda Tharaka”, where he too had made threats which were documented in the following;

TRANSLATION OF EXTRACT:
” We have enough weapons and we have metal. It is an easy task for us to locate the residences of these officers. We will kill everyone up to the Boossa Prison Superintendent. Tell it to the Secretary of Defence. We will tell him the same when he comes here. A President will remain in power for only 05 years. I don’t care even if it is the President. The Police are below me. There is a village where only children below the age of 10 and women live. Only they remain there. I attacked a village in such a manner. I have killed police officers in the same way. I will break through the roof of this place if I need to. Tell the Defence Secretary to come here and talk. ”
END OF EXTRACT
( Source: Prisons Investigation )

The underworld gangster known as “Pitigala Kewuma” also made threats to the team of investigators.

TRANSLATION OF EXTRACT:
” An attempt was made to use the STF and kill me during the 2012 Welikada Prison Riots. Now they are trying to keep me here and kill me. I have filed a case against the STF.”
END OF EXTRACT
( Source: Prisons Investigation )

The team of investigators had recorded the allegations made by the prisoners for almost three hours and returned to Colombo, where the Commissioner General of Prisons, State Intelligence and other factions were apprised of their findings.

The Department of Prisons said a report on the findings was handed over to the Criminal Investigations Department.

The Police Special Task Force has put in place a special security measure in and around the Boossa Prison Premises with its personnel supported by Prison Police Officers.