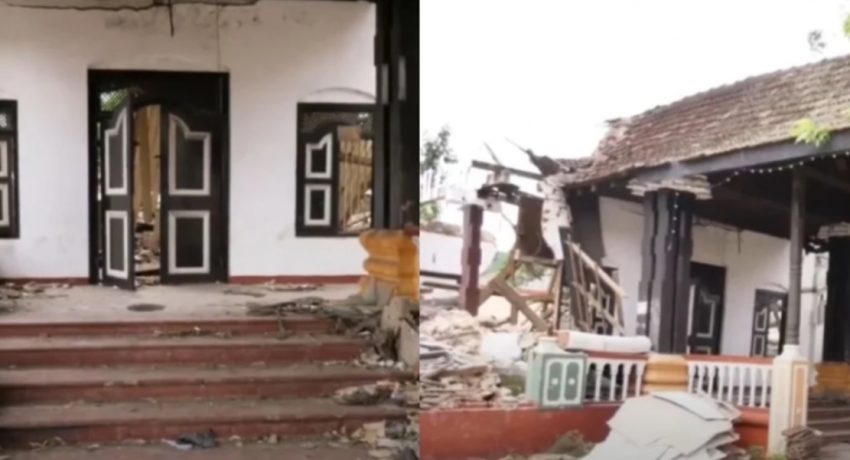 COLOMBO (News1st): Prime Minister Mahinda Rajapaksa has assured that he would bring to justice, the miscreants who are responsible for the destruction of the ancient King’s Assembly Hall in Kurunegala.

Last Tuesday (14h July), the Kurunegala Municipal Council had destroyed a building with historic value, which is said to be the Assembly Hall of King Buvanekabahu II

Although the Department of Archeology had notified the Police swiftly regarding the matter, not a single arrest has been made as yet.

“If any building which falls under the Antiquities Ordinanceis is harmed or destroyed, the law should be enacted immediately,” Chairman of the Surakimu Sri Lanka Organisation Venerable Pahiyangala Ananda Sagara Thero said.

The Venerable Thero insisted that the Mayor is arrested immediately, adding the Prime Minister should suspend the committee.

Chief Sanghanayake of the North Western Province Ven. Mugunuwatawana Sidhdhartha Thero said those who destroyed the historically important place should be located and imprisoned while attempting to preserve what is left of the building.

“These are the issues we can expect when those in power at the Kurunegala Municipal Council are incompetent and have no knowledge of history,” said Former Minister of Cultural Affairs Akila Viraj Kariyawasam.

Meanwhile, Kurunegala Mayor Thushara Sanjeewa said this is not the Assembly Hall of King Buwaneikabahu II adding that this is a building that was constructed during the rule of the British.

Challenging the Department of Archaeology, the Kurunegala Mayor said the department should produce a gazette identifying this construction as the assembly hall of King Buwaneikabahu II.

Responding journalists, the Mayor said the Road Development Authority informed that the acquisition of a land area in the Ambepussa – Trincomalee road has been completed and that a portion of the Buwaneka Hotel was required for this purpose.

According to the Antiquities Amendment Act no. 28 of 1998, Damage to antiquities or alteration without permission is punishable by two to five years in prison.

It is also a non-bailable offence.

“Those who made a huge fuss about this, Sajith Premadasa’s faction didn’t spare any artefact. Those who did not even spare treasure are now raising their voice over this,” claimed Prime Minister Mahinda Rajapaksa.

The Prime Minister added that if someone has done something wrong, legal action will be taken regardless of whether he is on the government’s side.

Speaking about the matter, former Prime Minister and the leader of the United National Party Ranil Wickremesinghe said the purpose of obtaining a report after investigating the incident, is unknown.