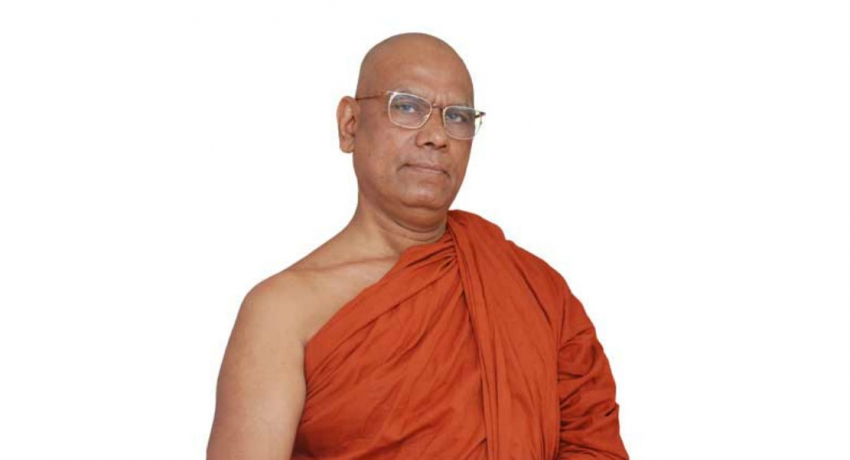 Colombo (News 1st); Venerable Omalpe Sobitha Thero on Tuesday (30) requested the National Elections Commission to take necessary action against Vinayagamoorthy Muralitharan alias ‘Karuna Amman’ as per the laws a candidate for the general election is bound by.

The Venerable Thero handing over a letter to NEC Chairman Mahinda Deshapriya said the recent statement made by “Karuna Amman” is an offense punishable under the Penal Code and the Prevention of Terrorism Act.

“We have filed complaints with the IGP and the CID with regard to the statement made by Vinayagamoorthy Muralitharan,” said the Venerable Thero adding such a person is not suitable to contest an election.

He called on the NEC to remove Vinayagamoorthy Muralitharan alias ‘Karuna Amman’ from the election process immediately.