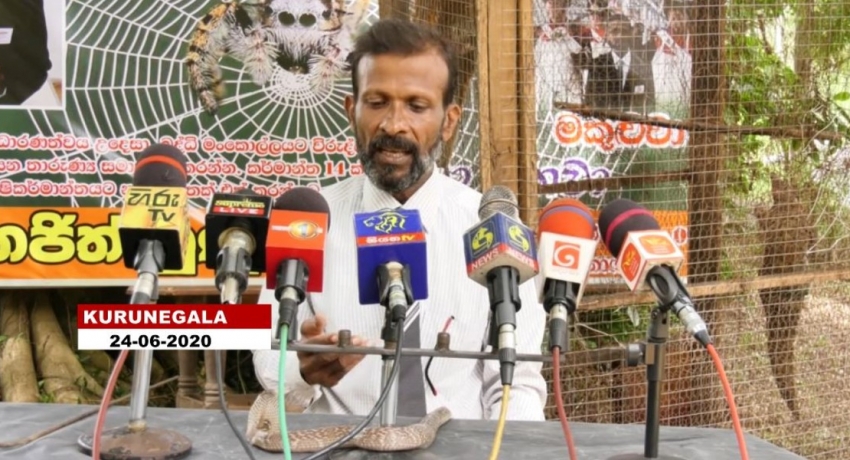 Candidate faces media with a serpent

Candidate faces media with a serpent

COLOMBO (News 1st): An independent candidate representing the Kurunegala district at this year’s election turned up at a media briefing with a serpent.

R.M.S.P. Hunukumbura contesting the election from Kurunegala under the symbol of the spider identified himself as an innovator.

The candidate claimed that he had taken several measures to prevent the abuse and ill-treatment of animals.

“I can leave this country. But if I do so, I will be carrying with me the knowledge that I gained through the free education system, and my innovations,” R.M.S.P. Hunukumbura said.

He said he aims to improve the economy at its grassroots.

These animals have come towards me as a result of the problems that they are facing. However, I will treat these animals properly and release them back into their habitat, the candidate added.

“There are some animals like this in Parliament. If I win the election, I will use my intelligence and then trap these animals,” R.M.S.P. Hunukumbura said.