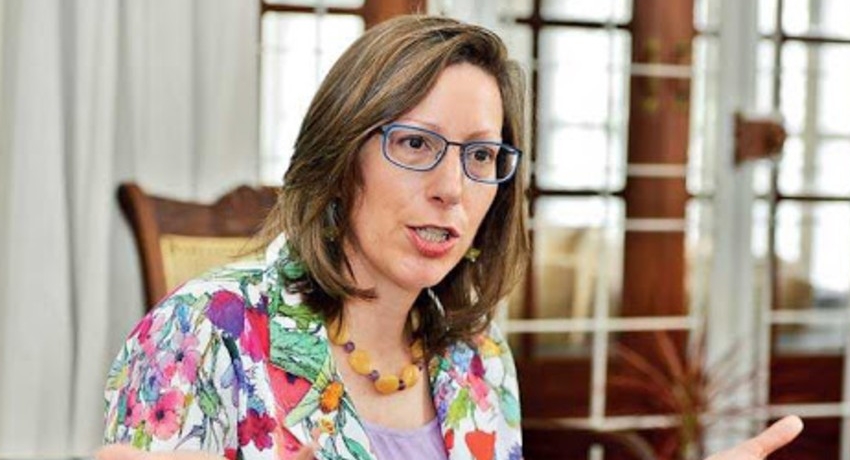 U.S. Ambassador to Sri Lanka – Alaina B. Teplitz speaks about the U.S Diplomat who arrived in the country by violating health regulations.

U.S. Ambassador to Sri Lanka – Alaina B. Teplitz speaks about the U.S Diplomat who arrived in the country by violating health regulations.

The U.S Ambassador to Sri Lanka Alaina B. Teplitz, during a virtual round table discussion, has spoken about the U.S Diplomat who arrived in the country without undergoing a PCR Test.

The U.S Ambassador is quoted to have said the following: “I want to set the record straight on this.”

“The Embassy worked out the arrival for our employees using existing procedures from the Ministry of Foreign Relations. We followed those procedures. We had approval for him to arrive. And when he did come into the country he waited at the airport until it was completely clear that he could be admitted into the country.” U.S Ambassador said.

Although the US Ambassador, claims that “procedure was followed”, the following facts speak otherwise.

It has become abundantly clear over the past few weeks that the U.S. National broke Sri Lanka’s health regulations and entered Sri Lanka, when the official, for reasons best known to him and the U.S. Embassy, refused a PCR Test.

The Vienna Convention referred to by the Ambassador is very clear in Article 41, where it states that the convention falls within the purview of a nation’s laws and regulations, which must be respected.

To say that the Embassy worked using existing regulations is also misleading.

The March 27th 2020 Communique circulated to all Foreign Missions in Sri Lanka by the Ministry of Foreign Affairs makes it crystal clear that The Ministry, through the office of the Chief of Protocol, remained available to the Diplomatic Community in the event of any matters of urgency and said that…

“As a State Party to the Vienna Convention on Diplomatic Relations (VCDR) 1961, the Government of Sri Lanka assures its commitment to upholding immunities and privileges of the Diplomatic Corps in Sri Lanka, and continues to hold the firm view that all countries, individually and collectively are responsible of taking every possible measure to prevent the spread of COVID- 19 virus, adhering to the declaration made by the World Health Organization regarding the COVID19 situation, being a Global Pandemic.”

Through this same document, the Ministry of Foreign Relations urges all, to strictly follow the instructions issued by the Ministry of Health of Sri Lanka and all other authorities…

It adds, “The Ministry of Foreign Relations wishes to reiterate that the Government of Sri Lanka shall exercise sovereignty over all people on its territory including foreign nationals without excluding those enjoying privileges and immunities which in principle is granted to effectively help perform official functions of such people while complying with the laws and regulations on the receiving State particularly in a situation relating to Public Health security as has been evidenced by the current COVID-19 pandemic.”

Over and above all the laws and regulations that have been flouted is the question of the ethical and moral high ground taken by the U.S. National and indeed Her Excellency the Ambassador in this regard.

It is wrong that the U.S. National refused a PCR Test. The EU Official who entered Sri Lanka a few days before went through the PCR Test and there can be NO reason for the American to turn it down unless there is an assumption that he is somehow above the law of the land.

The people of Sri Lanka and indeed the people of the United States will expect that due action is taken against this individual for endangering the lives of all Sri Lankans by flouting COVID-19 precautions taken at the BIA and entering Sri Lankan territory.