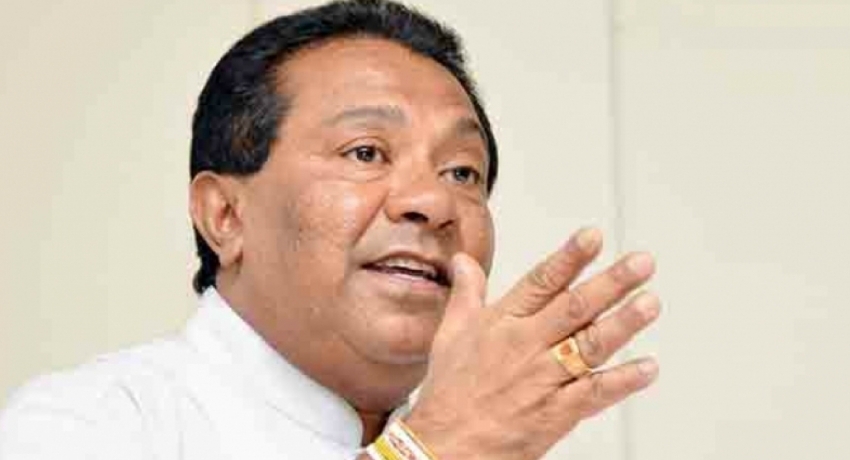 Colombo (News 1st); Karuna Amman received legal pardon when he defected from the LTTE to support the government of Sri Lanka in the war against terrorism and it is similar to one becoming a crown witness, Sri Lanka Podujana Peramuna candidate S. B. Dissanayake said on Monday.

“Karuna Amman was the LTTE’s former leader for the East and, he defected with a strong force to join hands with the Sri Lankan Army”, Dissanayake said adding that Karuna Amman’s defection was instrumental to secure victory in the northern battle.

On Friday, the 19th of June, Vinayagamoorthy Muralitharan alias Karuna Amman, the Leader of the Tamil United Freedom Front also known as “Karuna Amman” said he killed 2000 to 3000 Sri Lankan soldiers in one night at Elephant Pass when in the LTTE, as opposed to the number of lives claimed by COVID-19 in Sri Lanka and said “Karuna Amman is dangerous than the Corona Virus”.

Muralitharan broke away from the LTTE in July 2004 alleging the LTTE leadership was ignoring the interests of the eastern Tamil people and claimed to have renounced violence at that point.

“Karuna Amman” was summoned to the CID to record a statement, said SSP Jaliya Senaratne – the spokesperson for Sri Lanka Police, on Monday.

The same morning, Acting IGP C. D. Wickremeratne ordered the Criminal Investigation Department (CID) to immediately investigate a statement made by Karuna Amman recently, with regard to crimes committed by him when in the LTTE.