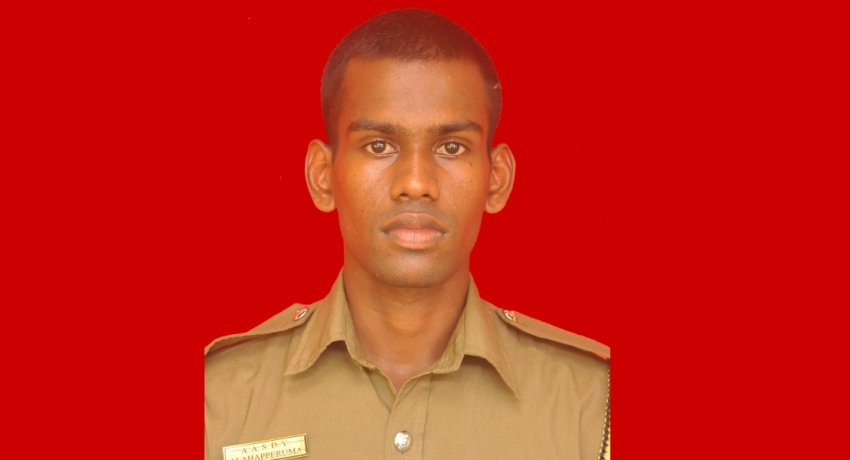 COLOMBO (News 1st): The police has said it will conduct an ”impartial investigation” into a motor accident that killed an intelligence officer on Sunday.

Dulitha Alahapperuma, a constable attached to the State Intelligence Service, met his fate when a defender crashed onto a motorcycle on which he had been travelling with a colleague.

The accident had taken place on June 11 near the Thummulla junction in Colombo. Police have identified the driver of the defender as a law student who had been under the influence of liquor at the time of the accident.

Tributes flowed for the deceased constable who was involved in arresting a doctor who had robbed Rs 7.9 million from the Colombo National Hospital days before his death.

“I wish to pay utmost respect to the police officer over his heroic act, while also expressing my deepest condolences over his sudden demise,” Deshabandu Tennakoon, the Senior DIG for the Western Province said.

Acting police chief Chandana Wickramaratne also expressed his deepest condolences over the death of the officer, a statement from the police headquarters said.

Meanwhile, the other intelligence officer who had been injured in the accident, is currently receiving treatment at the Colombo National Hospital.

This officer had sustained critical injuries on one of his legs, according to a spokesperson for the hospital.