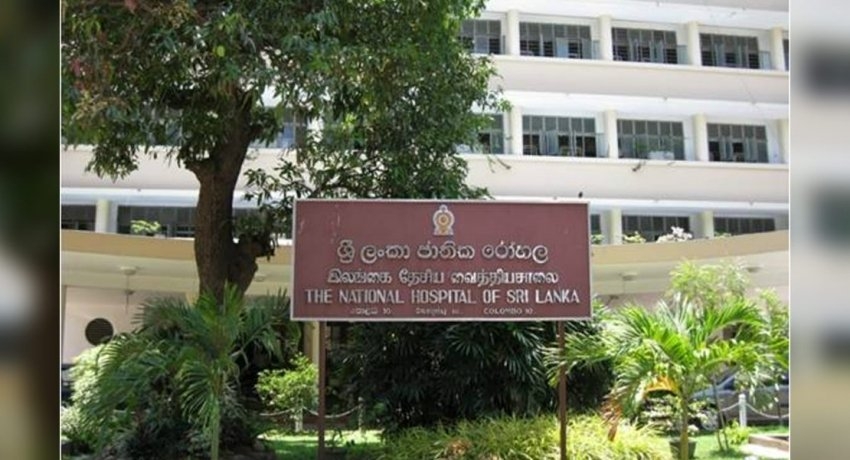 Doctor arrested for robbery at the National Hospital, interrogated under detention orders

Doctor arrested for robbery at the National Hospital, interrogated under detention orders

COLOMBO (News 1st): The Police are currently questioning a doctor who has been arrested for armed robbery.

He was caught while fleeing after robbing money that was to be paid as salaries from the Colombo National Hospital.

Police suspect that the doctor had been involved in previous offenses as well.

The doctor had entered the hospital at around 1:30 PM wearing a wig.

Hospital employees said that he had been carrying a firearm in his hand.

The doctor had then robbed a sum of Rs 7.9 Mn after threatening an employee at the hospital.

He had then fled the area on a three-wheeler and two State Intelligence Service officers had given chase along with the driver of another three-wheeler.

The suspect had attempted to jump off the three-wheeler in which he had been traveling, near the traffic light at Carey College, Colombo.

The two intelligence officers had entered into a tussle with the suspect after catching up with him. It was then that Chief Police Inspector Waruni Bogahawatte who is attached to the Matara Police, had passed by the area.

The suspect had been arrested with the assistance of Chief Inspector Bogahawatte and had been brought to the Maradana police station.

The doctor had previously worked at the Colombo National Hospital and had been employed at the Anuradhapura Teaching Hospital for about two years.

He had returned to work at the Anuradhapura Hospital on the 1st of this month and had been expected to become a specialist doctor after completing his postgraduate studies.

Information regarding the doctor has been provided to all police stations in the country. An investigation is underway regarding the previous crimes in which he is suspected to have been involved.