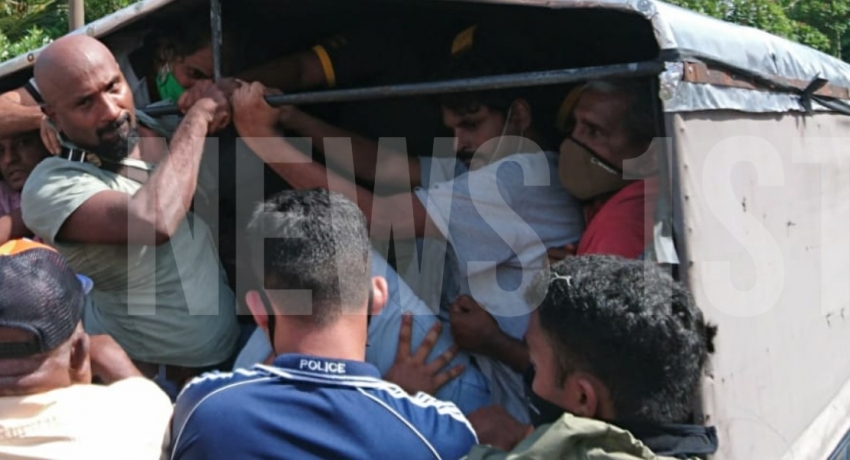 10th June 2020 | Colombo (News 1st): 53 Frontline Socialist Party (FSP) members who were arrested on Tuesday, during in a protest in Colombo have been granted bail on the same night after being produced before the Fort Magistrate.

The group was arrested at two locations in Colombo – Town Hall and Colpetty, during a protest that was organized against the death of George Floyd in the United States of America.

Read more: U.S. Embassy claims it did not request for the demonstration in Colombo to be blocked

They were arrested for violating a court order and for breaching quarantine laws and behaving in a manner conducive for the virus to spread said, Senior Deputy Inspector General of Police Deshabandu Thennakoon.

The arrested group included the propaganda secretary of the FSP, Duminda Nagamuwa, General Secretary of the party Kumar Gunarathnam, and two monks, the Police said.

Protesters claim that the majority were arrested while they were engaged in a peaceful protest, adhering to health regulations (social distancing), at the Lipton Circus in Colombo. No change in power cuts despite Norochcholai reconnection: PUCSL