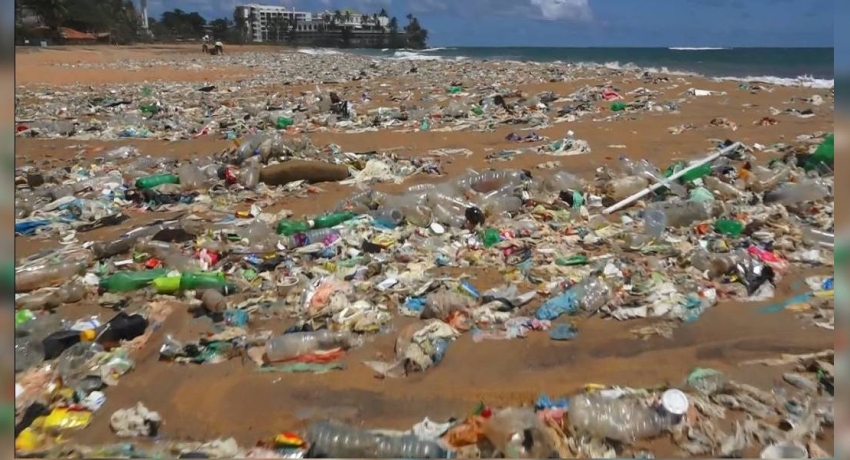 COLOMBO (News1st): Environment minster S.M. Chandrasena has vowed tougher laws and strict action against individuals who pollute the environment after waste materials had washed up on the Mount Lavinia beach.

“I feel that the current laws to protect the environment are insufficient,” Chandrasena told reporters on Saturday.

He said that authorities will introduce tougher laws or impose punishments to protect the environment.

Meanwhile, the coast conservation authority has suspected that a particular entity could be behind the recent waste that had washed up on the beach.

Prabath Chandrakeerthi, the director-general of the authority, eyed that the waste had been dumped to sabotage the beach nourishment project of the government.

“This is the coast along which we had filled sand. We have a suspicion as to whether this was an attempt to sabotage the project,” Chandrakeerthi told News 1st.

He noted that, in previous years, it is waste materials such as king coconut shells, footwear, and sticks that had washed up on the beach.

“…this time it is plastic and polythene that has been washed up on the beach. That means that this waste belongs to some institution or person,” he said.

The beach nourishment project, worth Rs 889 million, which authorities said had been carried out to create a wider beach and prevent sand erosion, has come under severe criticism, with critics citing it as a waste of funds.

A recent research report cited the project as a futile exercise, as it had been carried out without proper planning.

The report said that the sand that had been filled to create an artificial beach would be gradually washed away and that soil erosion had not taken place on the beach.

Meanwhile, Thushara Wanasinghe, the secretary of the Forest Environment Organization, has urged an investigation into the waste that had been washed up, pointing out that some polythene bags that were among the litter had been manufactured by the Moratuwa Municipal Council.

However, Saman Lal Fernando, the mayor of Moratuwa dismissed speculation that the municipal council is behind the dumping of garbage into the sea.

“The Coast Conservation Authority can conduct an investigation together with another party if required. I wish to responsibly state that the Moratuwa Municipal Council does not dump waste into the sea,” he said.