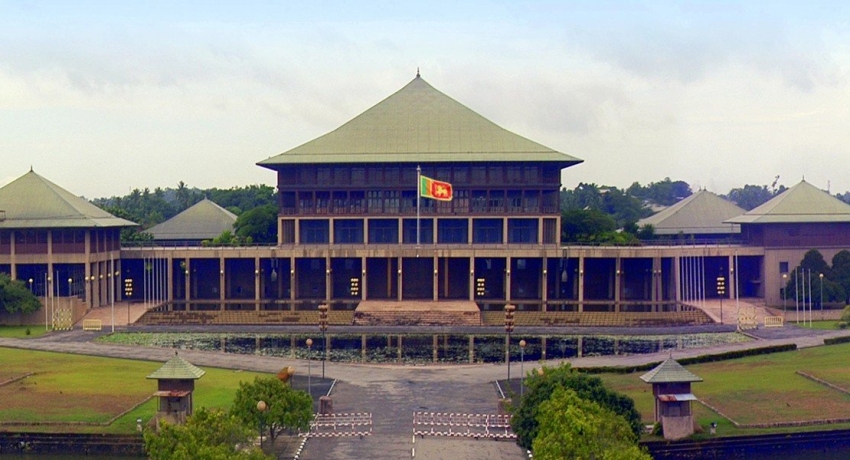 Colombo (News 1st); The leaders of 07 political parties in a joint statement urged the President to revoke the proclamation dated the 02nd of March 2020 dissolving Parliament.

The statement adds, in the alternative the President should at least exercise his powers under Article 70 (07) of the constitution and summon the dissolved Parliament.

General Secretary of the Samagi Jana Balavegaya Ranjith Madduma Bandara said the statement was handed over to the President this afternoon.

The statement named ” Responsible Cooperation in Parliament ” says regrettably, the optimism that prevailed in the country until a few days ago that the spread of the virus could be managed is now receding.

The party leaders warn, if further spreading of the pandemic is not decisively halted in the coming few weeks, the country will face the risk of the prevailing public health crisis being compounded by crisis situations in the economic, social, and political spheres.

The statement notes, efforts of frontline health workers should not go in vain because of political decisions.

It goes on to note, there is no assurance that the elections could be held on the 20th of June and can reasonably assume that no suitable environment is likely to prevail in the next two months to conduct a free and fair election.

It adds, getting appropriate and new legislation passed in order to meet the public health crisis and obtaining parliamentary sanction to the utilization of monies from the Consolidated Fund are some such important and urgent functions of Parliament.

The Party Leader said, as members of the dissolved Parliament they are duty-bound to fulfill their obligations to resolve the crisis in a spirit of responsible cooperation extended to the President.

They assure the people of the country they will not draw salaries not attempt to defeat the Government nor thwart any of the legitimate actions of the Government during this period.